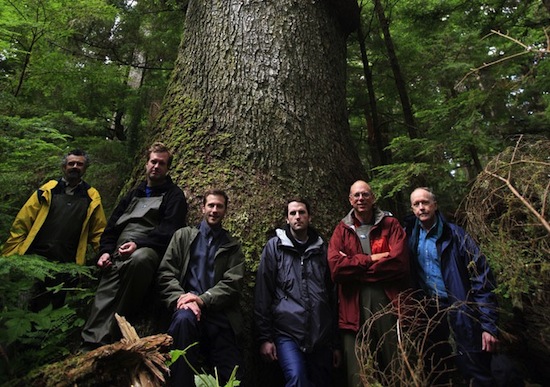 MUSICWOOD, a feature documentary including special performances and interviews with Yo La Tengo, Steve Earle, The Antlers, Kaki King and Lambchop, will screen at music festivals across the US in advance of the film’s theatrical release.  The tour kicks off at Bonnaroo on June 15 before travelling to Wilco’s Solid Sound Festival and Newport Folk Festival, with additional dates to be added.   MUSICWOOD opens in Portland, Oregon on August 9 and Juneau, Alaska on August 23.

MUSICWOOD, directed and produced by Maxine Trump, is described as an adventure-filled journey and political thriller with music at its heart.  The film follows a group of the most famous guitar-makers in the world – Bob Taylor of Taylor Guitars, Chris Martin of Martin Guitars and Dave Berryman of Gibson Guitars – as they venture into the remote Alaskan rainforest on a mission to protect the Sitka Spruce tree.  Essential for the creation of high-quality acoustic guitars, old-growth Sitka Spruce are disappearing at an alarming rate as Native American loggers are clear-cutting enormous strips of the Tongass National Forest.

Set against the breathtaking beauty of Southeast Alaska and with a soundtrack featuring acoustic virtuosos including Yo La Tengo, Kaki King, Steve Earle and more, MUSICWOOD reveals a culture clash of staggering proportions.  The film captures Native American loggers, corporate CEOs and the radical environmental group Greenpeace, as they battle over one the world’s last pristine rainforests.  The result is a complex, heartbreaking and sometimes humorous battle over natural resources in which the future of the acoustic guitar hangs in the balance.