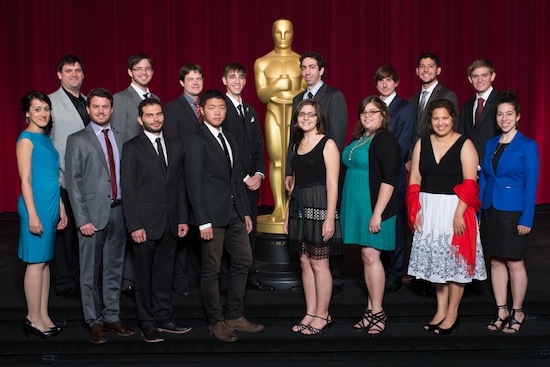 Sixteen students from colleges and universities around the world were honored last night, June 8, and received medal placements, as winners of the 40th Student Academy Awards. The ceremony was hosted by writer-director and 1978 Student Academy Award® winner Bob Saget, and writer-director Kimberly Peirce and actors Clark Gregg, Jason Schwartzman and Quvenzhané Wallis presented the awards.

The Student Academy Awards were established in 1972 to support and encourage excellence in filmmaking at the collegiate level. Past Student Academy Award winners have gone on to receive 46 Oscar® nominations and have won or shared eight awards. The roster includes such distinguished filmmakers as John Lasseter, Pete Docter, Robert Zemeckis, Trey Parker and Spike Lee.