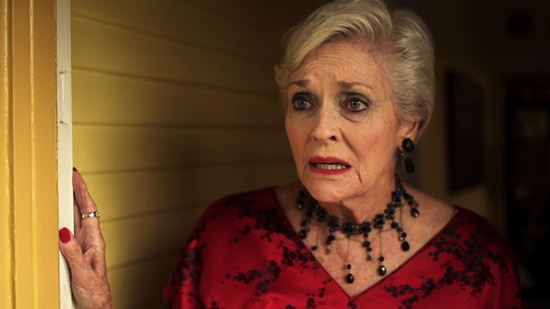 Sydney Netter (Founder, SND Films), Missi Pyle (actress) and Betsy Sharkey (Film Critic, Los Angeles Times) will serve on the ShortFest jury and  a total of $110,000 in prizes, including $16,000 in cash awards, will be given out in 19 categories to this year’s short films in competition.  First place winners in four categories will automatically become eligible for consideration by the Academy of Motion Picture Arts and Sciences (AMPAS) for a possible Academy Award nomination.

Bad Cars (USA) – An exploration of the difficulty of finding love in Los Angeles, particularly when you have a crappy car.  Director: Anthony Deptula.

Bouddhi Bouddha (France) – Just back from a trip to Nepal, two friends let the mysteries of meditation and the allure of exotic lands blur the lines of their relationship. Director: Sophie Galibert.

The Mrs. (USA) – In one man’s world, it’s a good thing his wife gets up before he does. The Mrs. is one of five different films from the same script.  As part of Bombay Sapphire’s Imagination Series, Oscar winner Geoffrey Fletcher wrote a script stripped of any stage direction and asked people to imagine their film.  Director: Matt Smukler.  Cast: Paul Messinger, Bonnie Burroughs, Sean Miller.

Naptime! (USA) – Naptime! might just be that revolutionary new product that could save your life (or at least your sanity).  Play this video to learn all about it!  Director: Chris Capel.  Cast: Mallory Moye, Asif Ali, Taylor Orci.

Sleddin’ (USA) – A daring little boy goes on a mini winter adventure, though not all is as it seems in beautifully crafted animated short.  Director: John Pettingill.

Start the Engine and Reverse (Russian Federation) – A first date, illicit enough, but made all the more so since the couple are driving her father’s car, turns quickly into a showdown of morals and conscience on a snowy road.  Director: Andrey Zagidullin.  Cast: Lubov Novikova, Egor Kharlamov.