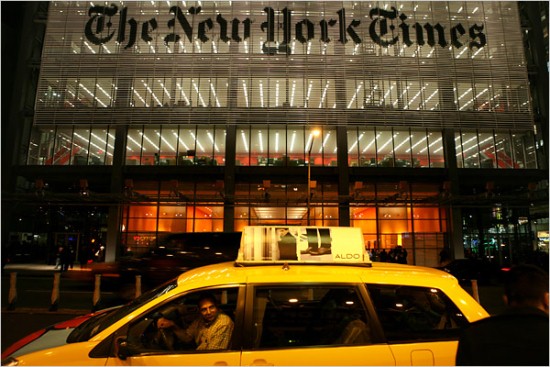 Six finalists will be selected to present their projects on stage in Camden, Maine, before a panel of judges from The New York Times (including the commissioning editor for opinion video, Jason Spingarn-Koff; Op-Docs coordinating producer Kathleen Lingo and series researcher Lindsay Crouse) and veteran Op-Docs filmmakers. This will be the first live video pitch event in North America for The New York Times. The event builds on the success of a recent Op-Docs pitch competition in England, at Sheffield Doc/Fest, which attracted more than 120 submissions.

The filmmaker with the winning pitch will have an opportunity to produce an Op-Doc video for The New York Times with a budget of $2,000 (USD). Subject to The New York Times’s approval, the documentary will premiere on NYTimes.com.

The deadline for entries is Friday, August 9, 2013 at 11:59pm EST. For more information and a link to the online application see Camden International Film Festival’s Points North Documentary Forum.