The Good, The Bad, and the Horrific: Indie Horror Movies at Film Festivals 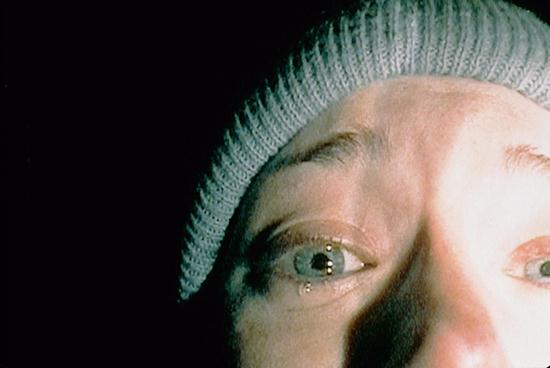 We can probably all recall the first time we ever watched a horror film that truly scared us. There’s something so oddly enjoyable about watching scary movies, and though films in the horror genre are not often critical favorites they have started to turn up more often in a surprising place: film festivals.

Truly, this really isn’t surprising from a business standpoint. First, horror is a genre that has one of the most dedicated fanbases. There aren’t many websites out there solely devoted to Westerns or comedies, but there are hundreds of websites strictly devoted to all things horror.

Horror films are also popular with first time directors because they tend to be cheaper to make than nearly any other genre. Because of dark lightning, limited casts, and other factors, horror films can be made cheaply – and even more cheaply if made using affordable digital cameras to produce the “found footage” effect. While indie dramas might boost one or two perhaps expensive familiar faces to draw audiences, horror filmmakers know that the scares are the true “stars” of the film and have no issue with hiring amateur or rookie actors for little or no money.

Many don’t immediately associate horror films with independent film festivals, but all one has to do to gauge the significant role that horror plays in film festivals is to look at the most well-known U.S. film festival, Sundance. Three of the most successful movies in the U.S. box office to make their U.S. premieres at Sundance were not indie dramas but 28 Days Later, Saw, and The Blair Witch Project. In fact, despite other Sundance films garnering immense critical praise and countless prestigious awards, it’s hard to argue against the nearly $900 million Saw and its six sequels collectively made at the worldwide box office.

As a result, film festivals have recently increased their horror film programming, with an increasing amount hosting midnight screenings for devoted horror film fans. These are certainly a good idea from a festival promotional standpoint, as it draws fans of horror films to festivals who might not normally attend a film festival with more traditional indie dramas and experimental films.

However, one problem with this is the issue of quality. Again, horror films can be made on extremely low budgets (very often less than $100,000), and the popular found footage style keeps costs down even more. While some talented filmmakers can produce brilliant low budget horror films, it’s not something that anyone with a camera can do. In particular, the once-groundbreaking found footage style that The Blair Witch Project helped pioneer in 1999 has been… well, overdone over the last decade and a half. I’ve seen enough bad found footage horror movies at recent film festivals and on DVD to know that few filmmakers are doing anything new with the style. I’m not alone in this assessment – many such films have scored extremely low with even critics who write for websites devoted to horror films, and several haven’t even gotten any sort of release meaning that they haven’t even made back the low budget invested in them.

Obviously I’m a huge supporter of indie filmmaking, but I feel that the increased acceptance of horror films shouldn’t be taken as encouragement for indie filmmakers to ALWAYS go the cheap route when making their first horror feature knowing that their film could be accepted regardless of budget.

Of course filmmaking is expensive – that goes without saying – but just because the “found footage” style means one can shoot a film at low cost doesn’t mean that it’s right for every indie horror film. Filmmakers should take a cue from The Blair Witch directors, who attempted to do something that seemed totally original back in the late 1990s and try to break new ground in horror filmmaking. There’s a reason horror remains so popular with audiences, but it is truly groundbreaking horror films like Psycho, The Exorcist, Halloween, Night of the Living Dead and those mentioned about that remain enduring classics.

After all, I still love seeing good movies that scares me.

Documentary THE WAITING ROOM An Inside Look Behind the Doors of an Oakland Public Hospital, to Premiere on PBS