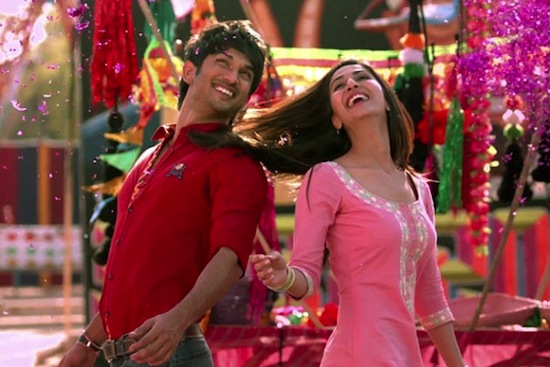 The Bollywood film, SHUDDH DESI ROMANCE, has been invited for the Toronto International Film Festival (TIFF) 2013 for the Gala Red Carpet Premiere. The grand screening, on September 11th at the prominent Roy Thomson Hall in Toronto, will be attended by director Maneesh Sharma and writer Jaideep Sahni along with the cast Sushant Singh Rajput, Parineeti Chopra and debutant Vaani Kapoor.

“We are delighted to have SHUDDH DESI ROMANCE invited to the Toronto International Film Festival for the Gala Red Carpet Premiere. We believe the film is perfect for Toronto, as it is a film that is rooted in rustic India and the characters are very contemporary in their thought, which will no doubt appeal to the diaspora but also the more mainstream audiences. In fact since the announcement was made last night we have had a number of sales agents vying for the film already – that’s the power of TIFF,” said Avtar Panesar, Vice President – International Operations at Yash Raj Films.

SHUDDH DESI ROMANCE, is described as a fresh and very real love story about the hair raising minefield between love, attraction and commitment. A romantic comedy that finally tells it like it is!