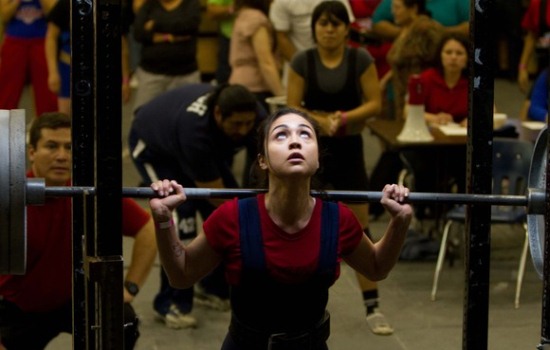 15 independent films will get a digital release this Fall via the Sundance Institute’s Artist Services program. Upcoming releases include AN AFRICAN ELECTION, HOT HOUSE, MADE IN L.A., ROMÁNTICO, SO MUCH SO FAST, and TV JUNKIE. Feature films include ED’S NEXT MOVE, ALL SHE CAN, GYPSY DAVY, and L.I.E. Films will roll out between August 13 and September 17.

SING ME THE SONG THAT SAYS I LOVE YOU: A CONCERT FOR KATE MCGARRIGLE, will make its digital premiere September 17. The film is described as a stirring tribute to renowned Canadian singer-songwriter Kate McGarrigle and features her well known musical family – children Rufus and Martha Wainwright, older sisters Anna and Jane – and talented friends including Emmylou Harris, Norah Jones, Jimmy Fallon, and Antony (of Antony and the Johnsons) in a concert recorded at New York City’s Town Hall in May 2011. Directed by Lian Lunson, the film made its world premiere at Sundance London in 2012 and had a theatrical run earlier this summer.

Titles will be available on a variety of platforms, including iTunes, Amazon Instant Video,Microsoft Xbox, Sony Entertainment Network, SundanceNOW, VUDU and YouTube.

AN AFRICAN ELECTION (Director: Jarreth Merz) — An African Election is a suspenseful political drama about the 2008 presidential elections in Ghana, West Africa, with unexpected twists and turns, yet always personal through the eyes of director Jarreth Merz. (2011 Sundance Film Festival)

NO LOANS TODAY (Director: Lisanne Skyler) — Filmed in the aftermath of the 1992 riots, No Loans Today intimately portrays daily life in the African-American community of South Central Los Angeles through the lens of its key financial institution, the ABC Loan Co., a 25-year-old pawnshop and check-cashing outlet. (1995 Sundance Film Festival)

SO MUCH SO FAST (Directors: Steven Ascher and Jeanne Jordan) — Remarkable events are set in motion when Stephen Heywood, 29, discovers he has ALS (Lou Gehrig’s disease) and his brother becomes obsessed with finding a cure. The film is a cliffhanger of romance and cutting-edge science by Academy Award nominees Steven Ascher and Jeanne Jordan.
(2006 Sundance Film Festival)

TROUBLESOME CREEK: A MIDWESTERN (Directors: Steven Ascher and Jeanne Jordan) — Troublesome Creek is the acclaimed story of the Jordan family’s gamble to save their Iowa farm. From fighting the Crooked Creek Gang in 1867, to fighting off the bank today. The film is an Academy Award-nominated cliffhanger about history, humor and the unsettling of America. (1996 Sundance Film Festival)

VIOLETA WENT TO HEAVEN (Director: Andrés Wood) — The extraordinary story of iconic poet, musician and folksinger Violeta Parra, whose songs have become hymns for Chileans and Latin Americans alike. Director Andres Wood (Machuca) traces the intensity and explosive vitality of her life, from humble origins to international fame, her defense of indigenous cultures and devotion to her art. (2012 Sundance Film Festival)

ALL SHE CAN (Director: Amy Wendel) — Luz Garcia wants something different than the few options available after high school in her forgotten Texas town. Her college dreams rest on a powerlifting competition. When family troubles, money struggles, and fear get in the way, she must find a different kind of strength to keep her dream alive. (2011 Sundance Film Festival)

GYPSY DAVY (Director: Rachel Leah Jones) — When a blonde Californian with Alabama roots becomes a Flamenco guitarist in Andalucían boots, what happens along the way and behind the scenes?GYPSY DAVY tells the story of David Jones, stage name “David Serva,” from the perspective of his five women and five children—one of whom is the director. (2012 Sundance Film Festival)

L.I.E (Director: Michael Cuesta) — A 15-year-old Long Island boy loses everything and everyone he knows, soon becoming involved in a relationship with a much older man. (2001 Sundance Film Festival)

MADE IN L.A. (Director: Almudena Carracedo) — Emmy Award-winning film Made in L.A. tells the remarkable story of three Latina immigrants struggling to survive in Los Angeles sweatshops who, determined to win basic labor protections, embark on a three-year odyssey that will transform their lives forever. (2006 Sundance Documentary Film Grant)

ROMÁNTICO (Director: Mark Becker) — Romantico is a documentary portrait of Mexican musician Carmelo Muniz, who returns home to his young daughters after years playing the San Francisco taqueria circuit. Their reunion is bittersweet, as once Carmelo arrives in his hometown, he finds himself confronted with the million reasons he left years ago. At the age of 60, another border crossing begins to seem absurd, but Carmelo has not given up. (2005 Sundance Film Festival)

SING ME THE SONG THAT SAYS I LOVE YOU: A CONCERT FOR KATE MCGARRIGLE (Director: Lian Lunson) — Rufus and Martha Wainwright pay tribute to their mother, the late Kate McGarrigle, in a concert filmed in New York City. Through song and story the film looks at how her children have to terms with her loss. (2012 Sundance London)