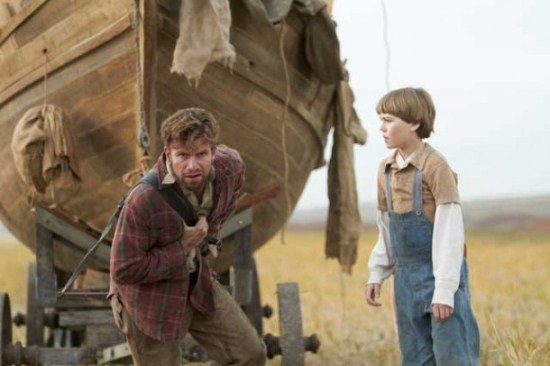 The 4th annual New Hope Film Festival, in the heart of Bucks County, Pennsylvania’s riverside art colony, New Hope, announced the 2013 awards on Sunday, with MAD SHIP, directed by David Mortin winning the Danny Award – Best Picture. In the film a Scandinavian immigrant, driven to madness by ruined dreams and the tragic death of his wife, embarks on a quixotic mission to build a homemade ship and sail out of the prairie dust bowl at the height of the Great Depression. The award for Best Documentary went to OUT OF PRINT, directed by Vivienne Roumani, Featuring interviews with Scott Turow, Ray Bradbury, Jeffrey Toobin, Amazon.com founder and CEO Jeff Bezos, self-publishing success story Darcie Chan and many more, OUT OF PRINT is described as an in-depth look at publishing’s milestones and what it means to adapt that history to the rapid expansions of the information age.

Best Documentary- OUT OF PRINT, Directed by Vivienne Roumani, USA

Best Narrative Feature- all I ever wanted was EVERYTHING, Shari MacDonald, USA, Costa Rica

Best Folk Video- WHAT ARE WE WAITING FOR, Directed by Funk Brothers, Canada

Best Art House Feature- SINCE I DON’T HAVE YOU, Directed by Gavin Rapp, USA