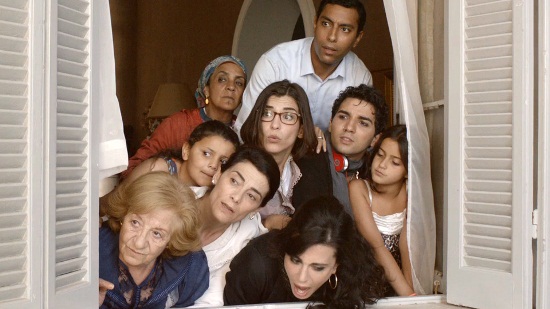 BLOOD TIES Guillaume Canet, France/USA North American Premiere
New York, 1974. 50-year-old Chris has just been released on good behavior after spending several years in prison. Waiting for him reluctantly outside the prison gates is his younger brother, Frank, a cop with a bright future. Chris and Frank have always been different, yet blood ties are the ones that bind. Starring Clive Owen, Billy Crudup, Marion Cotillard, Mila Kunis, Zoe Saldana, Matthias Schoenaerts and James Caan.

BRIGHT DAYS AHEAD (LES BEAUX JOURS) Marion Vernoux, France North American Premiere
César–winning French cinema icon Fanny Ardant stars in this sophisticated and sexy drama about a married woman in her 60s tumbling into an affair with a much younger man.

WORDS AND PICTURES Fred Schepisi, USA World Premiere
A writer (Clive Owen) whose talent has dried up and an artist (Juliette Binoche) struggling to paint, clash at the school where they teach, sparking both an unlikely romance and a school-wide war: which is more powerful, the word or the picture?

A PROMISE (UNE PROMESSE) Patrice Leconte, Belgium/France North American Premiere
Germany, 1912. A youth of humble origins takes up a clerical post in a steel factory. Impressed by his work, the elderly owner takes him on as his private secretary and sets him up in his home. While there, the young man meets the owner’s beautiful and reserved wife — and falls helplessly in love with her, unbeknownst to the couple. But just as his employer announces that he is sending him to oversee his mines in Mexico, the wife makes him a startling promise. Starring Rebecca Hall, Alan Rickman and Richard Madden.

THE ARMSTRONG LIE Alex Gibney, USA North American Premiere
In 2009, Alex Gibney was hired to make a film about Lance Armstrong’s comeback to cycling. The project was shelved when the doping scandal erupted, and re-opened after Armstrong’s confession. The Armstrong Lie picks up in 2013 and presents a riveting, insider’s view of the unraveling of one of the most extraordinary stories in the history of sports. As Lance Armstrong says himself, “I didn’t live a lot of lies, but I lived one big one.”

BLIND DETECTIVE Johnnie To, Hong Kong North American Premiere
Forced to leave service after he was afflicted with blindness, a former detective ekes out his living by solving cold cases for police rewards. When an attractive, young hit-team inspector enlists his help in a personal case, he decides to take a stab at it with his own personal agenda. Starring Andy Lau and Sammi Cheng.

CHILD OF GOD James Franco, USA North American Premiere
Set in mountainous Sevier County, Tennessee in the 1960s, Child of God tells the story of Lester Ballard, a dispossessed, violent man whom the narrator describes as “a child of God much like yourself perhaps.” Ballard’s life is a disastrous attempt to exist outside the social order. Deprived of both his parents and a home, and with few other ties, Ballard descends to the level of a cave dweller, falling deeper into crime and degradation. Starring James Franco, Scott Haze, Tim Blake Nelson and Jim Parrack.

THE FACE OF LOVE Arie Posin, USA World Premiere
Five years after losing the love of her life, Nikki falls in love again — at first sight. The object of her affection is Tom, an art teacher with a kind heart and a great zest for life, and also a near perfect double for Nikki’s deceased husband. Seduced by the chance to live as if her husband was never lost, Nikki spirals into a fantasy of the present as past, while Tom must unravel the mystery behind her immediate and unconditional love. Starring Annette Bening, Ed Harris, Robin Williams and Amy Brenneman.

THE FINISHERS Nils Tavernier, Belgium/France World Premiere
Julien, 17, is wheelchair-bound due to cerebral palsy. Despite their love for him, his family is gradually falling apart under the strain of dealing with his disability. In a bid to bond with his father, Julien challenges him to participate with him in the Ironman race in Nice (French Riviera), a triathlon in which his father has previously competed. Starring Jacques Gamblin, Alexandra Lamy and Fabien Héraud.

HOW I LIVE NOW Kevin Macdonald, United Kingdom World Premiere
Daisy, a teenaged New Yorker, is sent to England one summer to stay with cousins she has never met. Initially resentful, she soon finds herself living in a dreamy, pastoral idyll as she falls madly in love. But this perfect summer is blown apart by the sudden outbreak of a war. The family is separated and Daisy is forced to embark on a terrifying journey to be reunited with the boy she loves. Starring Saoirse Ronan, Tom Holland and George MacKay.

THE LAST OF ROBIN HOOD Richard Glatzer and Wash Westmoreland, USA World Premiere
Errol Flynn, the swashbuckling Hollywood star and notorious ladies’ man, flouted convention all his life, but never more brazenly than in his last years when, swimming in vodka and unwilling to face his mortality, he undertook a liaison with underage starlet Beverly Aadland. The two had a high-flying affair that spanned the globe and was enabled by the girl’s fame-obsessed mother, Florence. It all came crashing to an end in October 1959 when events forced the relationship into the open, creating an avalanche of publicity castigating Beverly and her mother. The Last of Robin Hood is a story about the desire for fame and the price it exacts. Starring Dakota Fanning, Susan Sarandon and Kevin Kline.

LOVE IS THE PERFECT CRIME (AMOUR CRIME PARFAIT) Arnaud Larrieu and Jean-Marie Larrieu, France/Switzerland World Premiere
Marc, in his 40s, is a professor of literature at the University of Lausanne. Still a bachelor — and still living with his sister Marianne in a huge, isolated chalet that they inherited when they were very young — he carries on one love affair after another with his students. Winter has almost ended when one of his most brilliant students, Barbara, suddenly disappears. Two days later, Marc meets Barbara’s mother, Anna, who wants to find out more about her vanished daughter. Starring Mathieu Amalric, Karin Viard, Maïwenn, Sara Forestier and Denis Podalydès.

LUCKY THEM Megan Griffiths, USA World Premiere
Lucky Them tells the story of Ellie Klug (Toni Collette), a rock journalist who is tasked with the painful assignment of exploring her own past. Joined by eccentric would-be documentarian Charlie (Thomas Haden Church), Ellie sets out on an emotional treasure hunt in order to finally rid herself of her “ghosts” and get on with her life. Also starring Ryan Eggold, Oliver Platt, Nina Arianda and Ahna O’Reilly.

ROCK THE CASBAH Laïla Marrakchi, France/Morocco International Premiere
A bittersweet comedy that plays out around a family coming to terms with grief, disclosures, secrets and reckoning, Rock the Casbah follows one family during the three days of mourning called for by Moroccan custom, as they reunite in their deceased patriarch’s villa. When youngest daughter, Sofia, arrives unexpectedly, sparks start to fly. She left for America — against her father’s wishes — to become a successful actress, but she only ever landed roles in TV series playing terrorists. Secrets come out, throwing the order once maintained by their patriarch into turmoil. Starring Omar Sharif, Hiam Abbass, Nadine Labaki, Lubna Azabal and Morjana Alaoui.

SINGING WOMEN (Sarki Söyleyen Kadinlar) Reha Erdem, France/Germany/Turkey World Premiere
An unlikely group of distressed women struggle with their tribulations, but are united by extraordinary reserves of energy, courage, hope and faith. As the women transform their tragedy into songs of rebellion and life, they also infect the frustrated, never-grown-up child Adem with the joys of being human. The film follows the group throughout their inspiring journeys into different dimensions of existence. Starring Binnur Kaya, Philip Arditti, Kevork Malikyan and Aylin Aslım.

SOUTHCLIFFE Sean Durkin, United Kingdom International Premiere
A sudden inexplicable spate of shootings rips through the market town of Southcliffe. The lives of those left behind are torn apart. In this haunting drama a journalist reporting on the tragedy finds himself back in the small town he grew up in, looking for answers from the shattered community whilst trying to reconcile the dark events from his own past. Starring Rory Kinnear, Sean Harris, Shirley Henderson, Anatol Yusef and Eddie Marsan.

THERESE Charlie Stratton, USA World Premiere
Set in the lower depths of 1860s Paris, Therese is a tale of obsessive love, adultery and revenge, based on Émile Zola’s scandalous novel. Trapped in a loveless marriage to her sickly cousin, Therese embarks on an illicit affair with her husband’s childhood friend that leads to tragic consequences. Starring Elizabeth Olsen, Tom Felton, Jessica Lange and Oscar Isaac.

UNFORGIVEN (Yurusarezarumono) Lee Sang-il, Japan North American Premiere
Lee Sang-il’s visionary remake of Clint Eastwood’s iconic Academy Award–winning film transposes the classic Western to Meiji-period Japan. The Tokugawa shogunate has just collapsed and the Ainu aborigines strive to settle the land alongside the newly established government. Jubei Kamata is a relic of the Tokugawa shogunate, and during that time his name alone terrorized the whole of Kyoto as he killed countless loyalists in the name of the Shogun. After the fall, he vanished from sight. More than 10 years later, Jubei has fathered children with an Ainu woman and lives in a secluded hamlet, barely making a living. His wife — who succeeded in transforming him from a man who kills — had died, leaving him to a quiet life raising his children and tending her grave. However, poverty leads Jubei to abandon his resolve and once again turn to a life of violence. Starring Akira Emoto, Koichi Sato and Ken Watanabe.