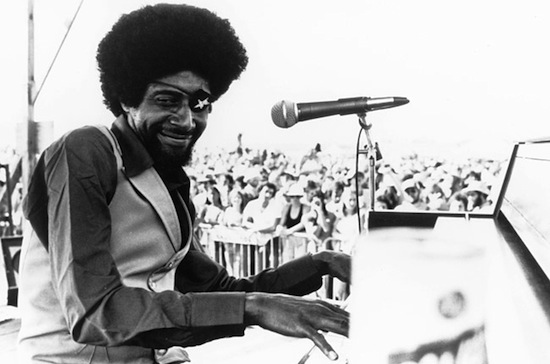 Steve McQueen’s “12 YEARS A SLAVE” will open, and and New Orleans filmmaker Lily Keber’s “BAYOU MAHARAJAH: THE TRAGIC GENIUS OF JAMES BOOKER” will close the 2013 New Orleans Film Festival. “Both of the films were produced in New Orleans and represent the burgeoning film scene in the city,” says Jolene Pinder, Executive Director of the New Orleans Film Society.

12 YEARS A SLAVE, is based on an incredible true story of one man’s fight for survival and freedom. In the pre-Civil War United States, Solomon Northup (Chiwetel Ejiofor), a free black man from upstate New York, is abducted and sold into slavery. Facing cruelty (personified by a malevolent slave owner, portrayed by Michael Fassbender) as well as unexpected kindnesses, Solomon struggles not only to stay alive, but to retain his dignity. In the twelfth year of his unforgettable odyssey, Solomon’s chance meeting with a Canadian abolitionist (Brad Pitt) forever alters his life.

The film was shot in New Orleans in the summer of 2012 and will have its world premiere at the Toronto International Film Festival in September 2013. The film will open in select theatres on Oct 18.

The film had its world premiere at the South By Southwest Film Festival earlier this year and has since screened across the globe in Australia, Canada, Lincoln Center in New York, and has picked up awards at other festivals (including the Oxford American Best Southern Film Award at the Little Rock Film Festival).