Cannes Film Festival Palme D’Or Winner “BLUE IS THE WARMEST COLOR” to be Released in the US on October 25 , Rated NC-17 | TRAILER 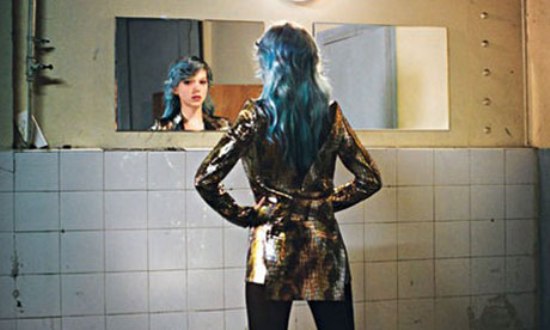 Sundance Selects will release Abdellatif Kechiche’s 2013 Cannes Film Festival Palme D’Or Winner BLUE IS THE WARMEST COLOR with the MPAA rating of NC-17 in the United States, as opposed to trimming the film or releasing the film Unrated.  Starring Lea Seydoux and Adèle Exarchopoulos, the film is being rated NC-17 for “explicit sexual content.” Sundance Selects will release the film in theaters beginning on October 25, 2013, on the heels of screening as part of the 2013 New York Film Festival.

BLUE IS THE WARMEST COLOR centers on a 15-year-old girl named Adèle (Exarchopoulos) who is climbing to adulthood and dreams of experiencing her first love. A handsome male classmate falls for her hard, but an unsettling erotic reverie upsets the romance before it begins. Adèle imagines that the mysterious, blue-haired girl she encountered in the street slips into her bed and possesses her with an overwhelming pleasure. That blue-haired girl is a confident older art student named Emma (Seydoux), who will soon enter Adèle’s life for real, making way for an intense and complicated love story that spans a decade and is touchingly universal in its depiction.

An NC-17 rated motion picture is one that, in the view of the Rating Board, most parents would consider patently too adult for their children 17 and under. No children under the age of 17 and under can be admitted into theaters to see the film. The rating signals that the content is appropriate only for an adult audience. An NC-17 rating can be based on violence, sex, aberrational behavior, drug abuse or any other element that most parents would consider too strong and therefore off-limits for viewing by their children. The film received a rating of “12″ by the French Ministry of Culture, which indicates the film is unsuitable only for children younger than 12 years of age in that country.

When BLUE IS THE WARMEST COLOR won the Palme D’Or at this year’s Cannes film festival, Jury president Steven Spielberg called the film “a great love story that made all of us feel privileged to be a fly on the wall, to see this story of deep love and deep heartbreak evolve from the beginning. We didn’t think about how it was going to play, we just were really happy that someone had the courage to tell this story the way he did…The issue of gay marriage is one that many brave states in America are resolving in a way that suits all of us that are in favor of gay marriage. But I think actually this film carries a very strong message, a very positive message.”