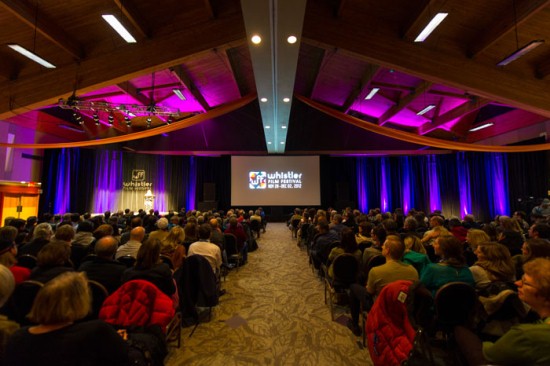 Located in the spectacular Coast Mountains of British Columbia, and just two hours north of Vancouver, the 13th annual Whistler Film Festival will run December 4 to 8, 2013. The Whistler Film Festival will open with the Western Premiere of Jason Priestley’s “heart-warming and inspiring” road movie CAS & DYLAN, also starring Tatiana Maslany and Academy Award-winning actor Richard Dreyfuss. This story follows a couple of mismatched road travelers and the festival says that the film “will not leave a dry eye in the house.” CAS & DYLAN is one of six titles that will be competing for this year’s coveted Borsos award.

WFF’s closing night film is described as an outstanding documentary that transcends the traditional sports storyline to tell a true tale of courage and rehabilitation against all odds. The Canadian premiere of THE CRASH REEL, directed by Lucy Walker, highlights the life-long rivalry between two half-pipe snowboard legends, heading towards Olympic glory, until a near fatal crash results in major trauma for one of the childhood buddies, Kevin Pearce. Culled from over fifteen years of home movies and archival footage, the film can truly be described as a story of courage and acceptance that will inspire anyone who has ever had to fight back against adversity and physical trauma.

The Borsos Competition for Best Canadian Feature presented by the Directors Guild of Canada, British Columbia celebrates its 10th anniversary this year offering the second largest cash prize for a Canadian film in the country. Amongst the Borsos films confirmed at this time includes the North American premiere of PATCH TOWN. Expanded from an award-winning BravoFact short, Craig Goodwill’s first feature is a unique parable about a psychically damaged man who tries to escape with his wife and child from the drudgery of an oppressive society.

Breathtaking scenery from the Far North is showcased in the Western Premiere of UVANGA from the producers of Atarjuanat – The Fast Runner. Co-directed by Marie-Helene Cousineau and Madeline Piujuq Ivalu, UVANGA tells the story of a single mother who returns to Nunavut with her son, so that he can discover his roots and learn about his deceased father. Other confirmed titles include the World Premiere of AFTERPARTY diredted by Michelle Ouellette, this is a film that captures the vital energy and spirit of young people today. SEX AFTER KIDS is another BC premiere that features an ensemble cast in a sex comedy, featuring the likes of Jay Brazeau, Mimi Kuzyk, Katie Boland and Kristin Booth, to name but a few.

The Canadian Premiere of METH HEAD is described as director Jane Clark’s very human but brutally realistic descent into addiction hell, featuring a searing and courageous performance by former child star Lukas Haas (Witness, Testament), whose character resorts to turning tricks to support his out-of-control habit. Similarly, the Canadian Premiere of JIMMY P. (Psychotherapy of a Plains Indian) features a mesmerizing performance by Benicio Del Toro as a First Nations war vet suffering from a head trauma injury, mistakenly assumed to be a form of mental illness by the medical establishment not used to administering medicine to First Nations people. Directed by Arnaud Desplechin, with Mathieu Almaric as the therapist, this film premiered at this year’s Cannes Film Festival. Other highlights include the Western theatrical premiere of Barry Avrich’s FILTHY GORGEOUS: THE EXTRAORDINARY WORLD OF BOB GUCCIONE, a surprising and ultimately sympathetic exposé of the private life of the man who founded Penthouse and produced the infamous Caligula, still the most expensive XXX movie ever made. Finally, as part of the China Canada Gateway for Film, the festival will screen the Chinese box office blockbuster FINDING MR. RIGHT one of the top grossing Chinese films of all time. This contemporary romantic comedy directed by Xiao Lu Xue was largely shot in the Vancouver area with an all-star Chinese cast.

Cannes Film Festival Palme D’Or Winner "BLUE IS THE WARMEST COLOR" to be Released in the US on October 25 , Rated NC-17 | TRAILER