“INUK” – a Film From Greenland, Will Be Released in the US, Opens in LA on October 4; NYC on  October 11 | TRAILER 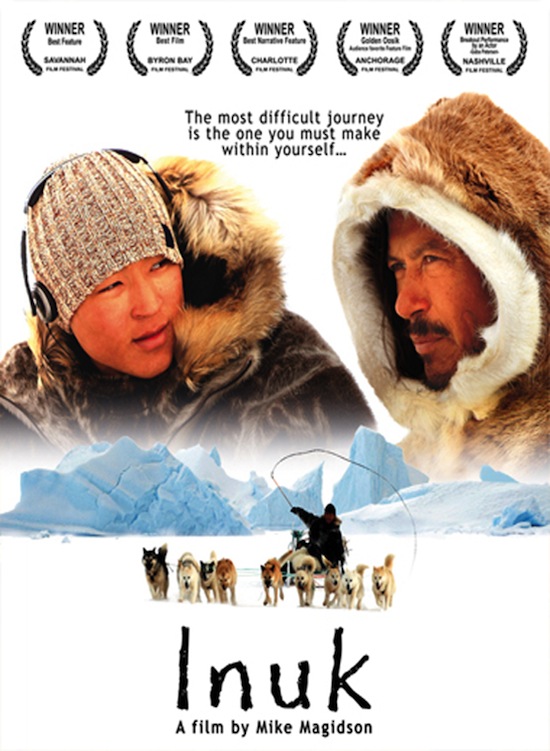 Ever seen a film from Greenland? INUK, a film by Mike Magidson, Greenland’s Oscar submission last year and winner of multiple international film festival awards, will open at the Quad Cinema in New York on October 11; and at The Royal Los Angeles on October 4 and in San Francisco on October 2. A national release will follow.

In Greenland’s capital, sixteen year-old Inuk lives a troubled life with his alcoholic mother and violent step-father. One morning, after pulling the half-frozen boy out of an abandoned car, the social services send Inuk North, to a children’s home on a tiny island in the middle of the arctic sea-ice. There he meets Ikuma, a polar bear hunter, who takes him on an epic dog sled trip on ice. Despite the bitter cold and fragile sea-ice, the most difficult journey will be the one they must make within themselves.

With stunning cinematography, shot on the sea ice in -30 C, INUK features the performances of teenagers from the Uummannaq Children’s Home and local hunters, all playing roles close to their real lives. Created as an original road-movie on the sea ice, INUK is both an authentic story of Greenland today, a country torn between tradition and modernity, and a universal story about the quest for identity, transmission and rebirth after the deepest of wounds,

A major success in Greenland, INUK sold more tickets than films like Men in Black III, The Avengers, The Dark Knight Rises and The Hunger Games.