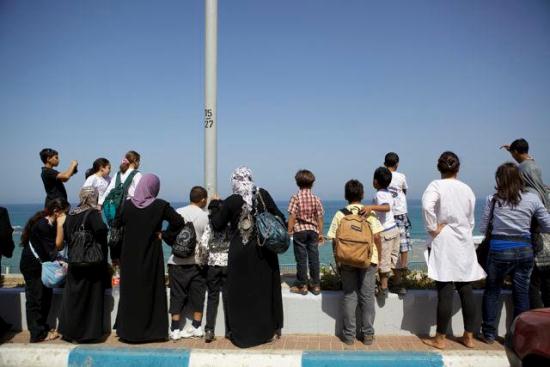 THE FARMER YOU REMAIN
Benedict Kuby
In THE FARMER YOU REMAIN Benedict Kuby portrayed the 82-year-old mountain farmers Wanner. For 40 years he managed his farm alone and according to old traditions. The view that the absence of descendants 10 generations-ending succession on the Wannerhof, robs him of sleep. Thus, the grumpy man looks in the Tyrolean village for a successor to – and finds him in the 20-year-old John.

WHO IS THOMAS MULLER?
Christian Heynen
Thomas Mueller is 45 years old, Catholic, 28 minutes listening to music every day, has sex 117 times a year and lives in a 90 square meter apartment. The statistically calculated average German is of course a construct. But who are the people behind the most common name in Germany. Thomas Müller and how much is in each? Christian Heynens road movie with comedic impact provides the answers.

NEULAND
Anna Thommen
From Afghanistan, Cameroon, Serbia and Venezuela – by plane, train, bus or boat rubber. They have long ways behind, the new students of Class Integration Basel. Dreaming of a better future, they have traveled to Switzerland. Zingg teacher always has only one goal in mind: to enable the people traumatized by blows a professional career. But the closer the end of school, the more agonizing arises for the young migrants the question: Is there a place for me in this country?

Nan Goldin – I REMEMBER YOUR FACE
Sabine Lidl
The oeuvre of the New York photographer Nan Goldin characterize as intimate and candid testimony of life and love – provocative, and erreged staggering. There are very personal pictures, according to Goldin’s conviction can not be separated Personal and professional. Sabine Lidl’s empathetic portrait of the charismatic American woman gives insight into a fascinating artist.

THE FIRST SEA
Clara Trischler
The sea is just 40 kilometers from her home in the West Bank. However, for Wafaa Raneen and it is unattainable, and the Israeli border is closed. An Israeli peace activist group organized a trip to the beach of Tel Aviv. Wafaa looking forward to the first visit to Israel, Raneen not going to, because they want no invitation that follow occupying the land of their family. With curious look leads us to the problems of documentation of Israeli settlement policy in mind, but also contradictions pro-Palestinian projects.

THE FAMILY
Stefan Weinert
“Two years on probation. For a gunman. That’s what? “Said the mother of one of the 136 victims who were at the German-German border death. While the perpetrators were rarely brought to justice, the affected families suffer today. THE FAMILY is the face and voice of those affected and can be so painful actually a dark chapter in the Cold War.

JOURNEY TO JAH
Noël Dernesch and Moritz Springer
Years ago they came back and broke Europe – in search of a new spiritual home and musical inspiration – to Jamaica on. The Cologne Gentleman and Alborosie Sicilians are two of the most famous European reggae musician. Add JOURNEY TO JAH they take us on a trip to Jamaica, to her musical friends and the roots of the Rastafari culture. The documentation raises an unfiltered look at a Jamaica far from the Caribbean dream and tourist idyll.

SERVICE epitomes
Eric Bergkraut
Landladies regulars, passers: The pickling, a public living room – and much more. Place of refuge and of the crash, the profundity and idling. Eric Bergkraut takes us on an enlightening journey to loud places that the (normalization) constraints of globalization (yet) resist: On the outskirts of Zurich, in the Val de Travers, to Biasca and the Hundwilerhöhi in Appenzell, where the mother of the nation wirtet.