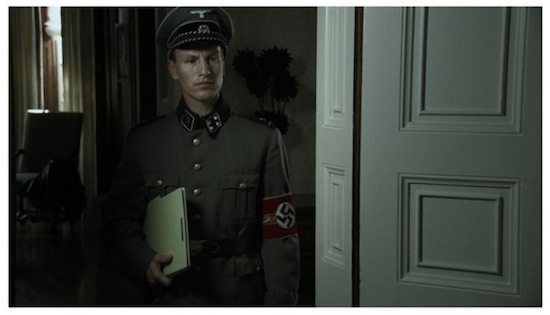 The winners were announced for the 44th Student Film Festival, held from August 24 to 28, 2013, during the Montreal World Film Festival. THE CANDIDATE (DER KANDIDAT) by Yosef Baraki of Humber College, Toronto, won the NORMAN MCLAREN AWARD FOR THE OVERALL WINNER OFFERED BY CANON CANADA. In “THE CANDIDATE” (DER KANDIDAT), Elsa Strauss is summoned by an SS official to answer questions regarding her son’s candidacy for the Hitler Youth. When the boy’s poor health comes into question, Elsa is forced to lie.

NORMAN MCLAREN AWARD FOR THE OVERALL WINNER OFFERED BY CANON CANADA. The winner receives 5000$ in cash from Canon Canada plus technical and service support, the use of any Canon Cinema EOS camera, including the flagship C500 4K Cinema camera, and a wide variety of Canon Cinema lenses.
DER KANDIDAT by Yosef Baraki (Humber College, Toronto)

BEST FICTION FILM:
DOWN AND OUT by Adam Simopoulos (University of Windsor)

World Premieres of "A SHORT HISTORY OF THE HIGHRISE," "THE EMPIRE PROJECT" Among 2013 NYFF Convergence Program