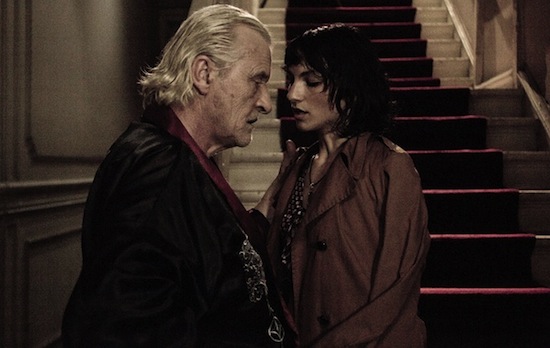 The AFI Latin American Film Festival will run September 19 – October 9, 2013 at the AFI Silver Theatre and Cultural Center in Washington, DC area. Films on the lineup this year include THE FUTURE [Il futuro], Chilean filmmaker Alicia Scherson’s (PLAY, TURISTAS) adaptation of a novel by celebrated author Roberto Bolaño, set in Rome and starring Rutger Hauer. The film is described as a Rome-set story about two teen siblings, newly orphaned, and the dangers of sudden adulthood.

THE BODY [El cuerpo]
Oriol Paulo, Spain
A tense thriller that keeps viewers guessing until the final minute. From the producers of THE ORPHANAGE and starring Belén Rueda.

DUST [Polvo]
Julio Hernández Cordón, Guatemala
A powerful drama about a couple making a documentary in a village of indigenous people in Guatemala’s back country, and the villagers’ recollections of the conflict and subsequent disappearances of their family members in 1982. Official Selection, 2012 Locarno, Toronto Film Festivals; 2013 Miami Film Festival.

SOFIA AND THE STUBBURN MAN [Sofía y el Terco]
Andrés Burgos, Colombia
A gentle comedy starring Almodóvar favorite Carmen Maura (WOMEN ON THE VERGE OF A NERVOUS BREAKDOWN, VOLVER) as a long-suffering married woman who decides to strike out on her own and have an adventure.

THEY’LL COME BACK [Eles Voltam]
Marcelo Lordello, Brazil
“If you two don’t stop fighting, I’m going to pull this car over and leave you by the side of the road.” Cris and her brother don’t, and their parents do. A modern fable about independence and identity set in rugged northwestern Brazil. Official Selection, 2013 Rotterdam, San Francisco Film Festivals.