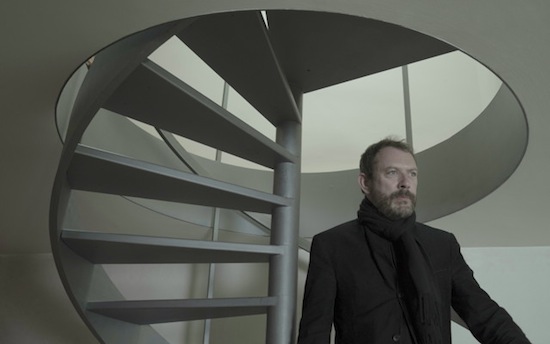 Richard Curtis, Paul Greengrass, Agnieszka Holland and Frederick Wiseman have been selected to participate in the HBO Directors Dialogues and the popular HBO On Cinema conversation will feature James Gray at the upcoming 2013 New York Film Festival. The festival also announced the selection of Joanna Hogg and Fernando Eimbcke as the two filmmakers whose work will be screened and celebrated as NYFF’s Emerging Artists this year, as well as the selections for NYFF’s Shorts Programs.

The fifth edition of NYFF’s annual master class, HBO On Cinema, will feature James Gray (THE IMMIGRANT) speaking to NYFF Director of Programming and Selection Committee Chair, Kent Jones on Saturday, October 12 about his cinematic influences. Film clips will also be shown, spotlighting filmmakers and films that have inspired him, and continue to today.

The popular HBO Directors Dialogues return to the New York Film Festival with four diverse filmmakers, paired with a journalist or Selection Committee member as they discuss their careers, views on their own approach to making movies as well as the current state of the art of filmmaking. This year’s lineup will feature Paul Greengrass (CAPTAIN PHILLIPS) on Saturday, September 28; Frederick Wiseman (AT BERKELEY) on Sunday, September 29; Richard Curtis (ABOUT TIME) on Wednesday, October 2; and Agnieszka Holland (BURNING BUSH) on Saturday, October 5.

Co-Presented with the Royal Bank of Canada (RBC), NYFF’s Emerging Artists is the next step in FSLC and RBC’s combined efforts to promote and encourage the work of promising filmmakers by providing a spotlight on two enormously talented filmmakers, Fernando Eimbcke from Mexico and Joanna Hogg from England.

Eimbcke’s comedy CLUB SANDWICH (2013) deals with the fraught territory of puberty and separation anxiety as it follows the experiences of a teenage boy taking his first tentative (and furtive) steps into the uncharted waters of sex. NYFF will also screen Eimbcke’s prior two films, DUCK SEASON (2004), which screened previously at New Directors/New Films, and LAKE TAHOE (2008).

Hogg’s drama EXHIBITION (2013) is an intimate look at two married middle-aged artists that live and work in their unusual London home, at once labyrinth, battleground and refuge. Hogg’s films UNRELATED (2007) and ARCHIPELAGO (2010), both starring Tom Hiddleston will also be presented.

NYFF also announced today the films and filmmakers selected for this year’s Shorts Programs (4 in total). The selections are highlighted by films directed by returning NYFF alumni, including Miguel Gomes’s REDEMPTION (TABU, NYFF 2012) and João Pedro Rodrigues’s THE KING’S BODY (TO DIE LIKE A MAN, NYFF 2009), as well as Lav Diaz, whose short film PROLOGUE TO THE GREAT DESAPARECIDO will join his feature, NORTE, THE END OF HISTORY in the NYFF lineup. Nicolas Saada’s AUJOURD’HUI stars Academy Award nominee Bérenice Béjo from THE ARTIST (NYFF 2011) and includes an appearance by documentary filmmaking legend (with frequent NYFF appearances to his credit) Frederick Wiseman.

Additional notable directors with films in the Shorts Programs include Michael Almereyda (HAMLET, NADJA) with his short, THE MAN WHO CAME OUT ONLY AT NIGHT; Damien Chazelle (GUY AND MADELINE ON A PARK BENCH) with his film, WHIPLASH; and David Kestin, who has two films set to be screened (THE AIR MATTRESS and OPEN HOUSE).

Paul Greengrass
With films like Bloody Sunday, United ’93 and the new Captain Phillips, Paul Greengrass has established himself as one of the masters of reality-based cinematic fiction. With The Bourne Supremacy and The Bourne Ultimatum, he brought the immediacy of those films to the suspense genre. We’ll discuss the fine points of the geopolitical thriller, and the art of bringing history to life on the screen.

Frederick Wiseman
Frederick Wiseman is not just one of our greatest documentary filmmakers, he’s one of our greatest filmmakers, period. From his 1967 debut Titicut Follies to the present, Wiseman has taken his camera into Metropolitan Hospital in New York, a Benedictine monastery in Michigan, Madison Square Garden, the Ballet de l’Opéra de Paris, and the University of California at Berkeley among many other places and institutions, and fashioned vast cinematic frescoes of the ways we live, die, work, grieve, and create.

Agnieszka Holland
Agnieszka Holland has a career like no one else’s. She studied cinema in Czechoslovakia in the late 60s and was imprisoned for six weeks for her participation in the student uprising that followed the Soviet invasion after Prague Spring (dramatized in her extraordinary mini-series Burning Bush, showing in this year’s NYFF). She began working for Krzysztof Zanussi and Andrzéj Wajda, and she has slowly built an extraordinary body of work, including Europa Europa and Olivier, Olivier, which opened the 1992 NYFF; her stunning 1993 adaptation of The Secret Garden; the Oscar-nominated In Darkness (2012); and numerous episodes of some of the best of episodic television, including “The Wire” and “The Killing.”

Richard Curtis
Without a doubt, writer/director Richard Curtis has become the most formidable presence in modern comedy. This is the man who wrote The Black Adder, Mr. Bean, Four Weddings and a Funeral, Notting Hill, and Bridget Jones’ Diary, and has thus far written and directed Love Actually, Pirate Radio and now About Time.

James Gray
From Little Odessa in 1994 to his new film The Immigrant, James Gray has lovingly crafted five deeply personal films one image and emotion at a time. He is a New York director through and through, and he has shown us people and places within the city that one rarely sees in movies. This marks Gray’s first visit to the New York Film Festival, and we are very happy that he has agreed to talk with us about the films that have formed him and his own unique approach to movies.

ARCHIPELAGO (2010) 114 min
Director: Joanna Hogg
Country: UK
A group stay on the island of Tresco off of Sicily, animated by resentments, jealousies, upheavals and revelations that will ring true to anyone who has ever spent a vacation with their family. Tom Hiddleston, a mainstay of Hogg’s films, is the discontented son at a crossroad in his life, at odds with his mother (Kate Fahy) and sister (Lydia Leonard). His priorities are re-set by landscape artist Christopher Baker, who appears as himself, and the pungent, wondrous landscape.

UNRELATED (2007) 105 min
Director: Joanna Hogg
Country: UK
Middle-aged, discontented Anna (Kathryn Worth) decides to spend her summer holiday apart from her husband, in Tuscany with her friends. As the days go by, she finds herself more attuned to their teenaged children (Tom Hiddleston and his sister Emma). Hogg’s 2007 debut established her right away as an unusual artist with a place-specific approach to drama.

LAKE TAHOE (2008) 84 min
Director: Fernando Eimbcke
Country: Mexico
In this whimsically wayward comedy with a poignant twist, Eimbcke’s ’scope camera follows the meanderings of Juan (Diego Cataño) through the sleepy streets of a small town as he searches for a spare part after crashing the family car.

DUCK SEASON (Temporada de patos) (2004) 90 min
Director: Fernando Eimbcke
Country: Mexico
Two 14 year olds are home alone for the day, with video games, soda and snacks—how bad can it get? Soon they have company: a teenage neighbor who wants to bake herself a birthday cake, and a thirtysomething pizza delivery man. Then the power goes out…

MY MIND’S OWN MELODY (2012) 29 min
Director: Josh Wakely
Country: Australia
A bright, musical world exists within the depths of a comatose state.

9 METER (2012) 17 min
Director: Anders Walter
Country: Denmark
Daniel believes that his record-breaking jumps are the cause of his mother’s health improvements, but he needs to find a way to do better.

SAMNANG (2013) 22 min
Director: Asaph Polonsky
Country: USA
Samnang works long hard nights at a donut shop. One day his steady and solitary routine is shaken by the arrival of another worker.

TRYOUTS (2013) 14 min
Director: Susana Casares
Country: USA
Nayla discovers that the only way to fit in as a cheerleader is to rebel.

CARNY (Animador) (2012) 20 min
Director: Fernanda Chicolet
Country: Brazil
Ligia’s psyche escapes the dullness of her daily routine at an amusement park in danger-filled dreams that betray the flip side of her passive nature.

#POSTMODEM (2012) 12 min
Directors: Jillian Mayer and Lucas Leyva
Country: USA
A musical satire on preparing for the singularity, based on the theories of Ray Kurzweil.

UNCLE ŞEREF AND HIS SHADOW (Şeref Dayı ve Gölgesi Fragman) (2013) 15 min
Director: Buğra Dedeoğlu
Country: Turkey
In a moment of anger Şeref berates his shadow, which promptly walks out on him.

Shorts Program 3: 61 min
AUJOURD’HUI (2012) 8 min
Director: Nicolas Saada
Country: France
The end of the world as experienced by a young mother (played by Bérenice Béjo from THE ARTIST) in Paris. She finds herself face to face with a silent, menacing prophet played by the great documentary filmmaker Frederick Wiseman.

L’ASSENZA (2013) 20 min
Director: Jonathan Romney
Country: UK
A young man (Stephen Mangan) goes to see an Italian movie from the 60s with his wife  (Amanda Ryan) and is confronted with a strange apparition; an extra, who appears to be his doppelganger, haunting the edges of the frame.

THE MAN WHO CAME OUT ONLY AT NIGHT (2013) 15 min
Director: Michael Almereyda
Country: USA
Michael Almereyda’s wry adaptation of Italo Calvino’s folktale, shot in the East Village in black and white, is about a man (James Ransone) who marries the youngest of three sisters (India Kotis), and shares a very strange secret with her on their wedding night.

WHIPLASH (2013) 18 min
Director: Damien Chazelle
Country: USA
In this wild and intense new film from the director of GUY AND MADELINE ON A PARK BENCH, a young jazz drummer (Johnny Simmons) beats his brains out trying to please his unforgiving conservatory instructor (J.K. Simmons – no relation).

Three ingenious explorations of history and myth from a trio of NYFF Main Slate alumni.

REDEMPTION (2013) 26 min
Director: Miguel Gomes
Country: Portugal
1975: from a village in northern Portugal, a child writes to his parents in Angola. 2011: an old man in Milan remembers his first love. 2012: a new father in Paris talks to his baby daughter. 1977: in Leipzig, a woman prepares for her wedding day. Where and when did these four poor devils begin searching for redemption? Combining voiceover and image as brilliantly as he did in TABU (NYFF 2012), Miguel Gomes pairs suggestively edited archival material with bittersweet, wryly funny monologues that put their speakers in a surprising new light.

THE KING’S BODY (O Corpo de Afonso) (2013) 32 min
Director: João Pedro Rodrigues
Country: Portugal
Dom Afonso Henriques was Portugal’s first king, a figure whose legendary strength and much-vaunted sword have been subject to considerable myth making over the years. In this sly, playful investigation into the meaning of national identity, director João Pedro Rodrigues (TO DIE LIKE A MAN, NYFF 2009) stages a casting session of sorts for the king’s body. A group of muscle-bound men, stripping down against a green-screen backdrop, answer questions about the fabled past and the mundane realities of their lives. The results, by turns amusing and poignant, speak volumes about Portugal in the present day.

PROLOGUE TO THE GREAT DESAPARECIDO (2013) 31 min
Director: Lav Diaz
Country: Philippines
Andrés Bonifacio, the freedom fighter known as the father of the Philippine revolution, was executed by rival revolutionaries in 1897. His wife, Gregoria de Jesus, searched for his body in the mountains for 30 days. It was never found. The next feature by Lav Diaz — whose latest, NORTE, THE END OF HISTORY, is also a Main Slate presentation this year — concerns Bonifacio’s controversial death. Returning to his familiar palette of rich, deep black-and-white after the blazing colors of NORTE, this short film about the desperate quest of Bonifacio’s widow is both a haunting standalone work and a tantalizing preview of the film to come.