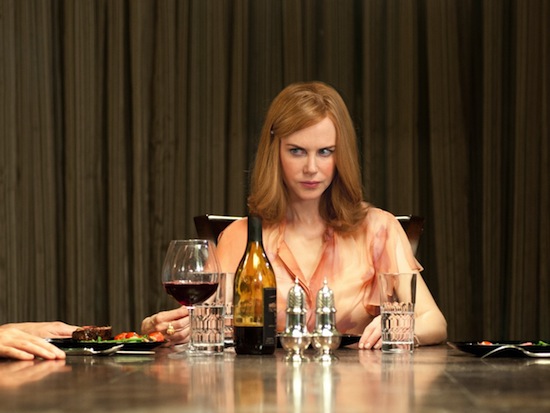 Finland’s largest film festival, Helsinki International Film Festival – Love & Anarchy, is scheduled to run for the 26th time from September 19th to 29th, 2013. This year the festival showcases a record number of films – 339 in total. For the first time in its history, HIFF also shows films in Espoo, where the nominees for the Nordic Council Film Prize will be screened in Kino Tapiola.

Throughout its history, HIFF has strived to present new trends in the international film arena. The festival focuses on films that have stirred discussion and invites interesting filmmakers, such as Joshua Oppenheimer , who has directed one of the most talked-about documentaries of the year. Mr. Oppenheimer will be present at the screening of his film THE ACT OF KILLING on Friday, September 6th at Maxim. Another highly anticipated guest is Tom Berninger , who has charmed festival audiences around the world with his first documentary MISTAKEN FOR STRANGERS. The film, which opened Tribeca Film Festival, shows Berninger following his older brother’s band The National on tour, trying to make a documentary about them. In the end, the film tells more about finding one’s own place in the shadow of a successful family member. The National will give a concert in Helsinki October 31st.

Yuri Bykov  from Russia comes to the festival with no less than two movies; THE MAJOR (Maior)  and TO LIVE (Zhit ). The festival is also visited by director Srdan Golubović  and screenwriter Srdjan Koljević , whose film CIRCLES is part of the BALKANIZE! series. Circles , which studies the results of the war in former Yugoslavia, has won awards at the international film festivals in Sundance and Berlin.

Surprises at the table and on the programme Warwick Ross , whose wine documentary RED OBSESSION will be released in Finnish theatres in November, comes to Helsinki to take part in a special culinary screening of his film. The special screening culminates in a film dinner with a wine theme at Restaurant Sunn. The themes of the other special screenings of the culinary series Haute Cuisine are mussels (MUSSELS IN LOVE) and Spanish fine dining (TASTING MENU).

A new addition to the programme is Chan-wook Park’s STOKER, which stars Nicole Kidman and Mia Wasikowska. Another new addition is Danny Boyle’s TRANCE, a psychological thriller that plays out in the art world. Even though the festival catalogue and the screening schedule are published on September 6th, there will be surprise-fields in the schedule where films are published later.