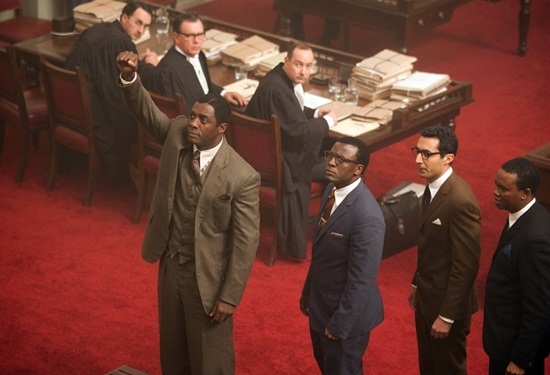 VISITORS, the U.S. premiere of acclaimed director Godfrey Reggio’s newest film. Best known for his celebrated Qatsi trilogy (including Koyaanisqatsi, Powaqqatsi, and Naqoyqatsi), Reggio, a New Orleans native, shot some of the film in the New Orleans area. Similar to the Qatsi films, Visitors has no dialogue but features a rich score composed by his collaborator Philip Glass.

NEBRASKA, the latest picture from Oscar-winning filmmaker Alexander Payne (Sideways, The Descendants). Nominated for the Palme d’Or at the 2013 Cannes Film Festival (where Bruce Dern won the Best Actor Award), Nebraska is about a father (Dern) and son (Will Forte) who trek from Montana to Nebraska to claim prize money.

MANDELA: LONG WALK TO FREEDOM, based on the 1994 book Long Walk to Freedom from former South African president Nelson Mandela. Fresh from its premiere at the 2013 Toronto International Film Festival, Mandela stars Idris Elba, who is already creating awards buzz around his powerful performance.