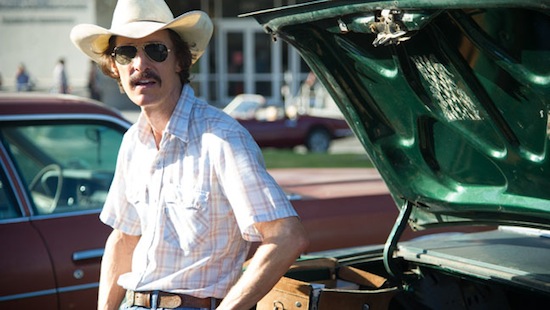 ANOTHER ME
Written and directed by Isabel Coixet
With Sophie Turner, Jonathan Rhys Meyers, Claire Forlani, Gregg Sulkin, Rhys Ifans, Geraldine Chaplin, Leonor Watling
U.K. Spain, 2013, 86’
A psychological thriller about a teenage girl, Fay (Sophie Turner), whose once seemingly perfect life slowly begins to unravel when she suspects that she’s being stalked by a mysterious “double”, who is out to steal not just her identity, but her life.

DALLAS BUYERS CLUB
Directed by Jean-Marc Vallée, written by Craig Borten & Melisa Wallack
With Matthew McConaughey, Jennifer Garner and Jared Leto
U.S., 2013, 117’
In 1985, the devil-may-care existence of Ron, an electrician and rodeo cowboy from Texas, is suddenly blindsided by an unexpected event; he is diagnosed as H.I.V.-positive and given thirty days to live. Despite what everyone says, Woodroof refuses to accept this “death sentence” and begins his struggle for survival. He soon discovers that there are no approved treatments in the United States, and so decides to cross the border into Mexico where he learns about alternative medical treatments, and begins to smuggle the new medications into the United States. Ron challenges the American scientific community and even his doctor Eva Saks (Jennifer Garner). An outsider to the gay community, the hero finds an unlikely ally in Rayon (Jared Leto), an H.I.V.-positive transsexual who shares Ron’s lust for life and entrepreneurial spirit. Seeking to avoid government sanctions against selling non-approved medicines, together they establish a “Buyers Club,” where AIDS patients pay monthly dues for access to the newly acquired supplies. Ron fights for dignity, for his new friends, and for the acceptance of their rights.

HER
Written and directed by Spike Jonze
With Joaquin Phoenix, Amy Adams, Rooney Mara, Olivia Wilde, Scarlett Johansson
U.S., 2013, 120’
Set in Los Angeles, in the near future, Her follows Theodore Twombly (Joaquin Phoenix), a complex, soulful man who makes his living writing touching, personal letters for other people.  Heartbroken after the end of a long relationship, he becomes intrigued with a new, advanced operating system, which promises to be an intuitive and unique entity in its own right.  Upon initiating it, he is delighted to meet “Samantha,” a bright, female voice (Scarlett Johansson) who is insightful, sensitive and surprisingly funny.  As her needs and desires grow, in tandem with his own, their friendship deepens into an eventual love for each other.

OUT OF THE FURNACE 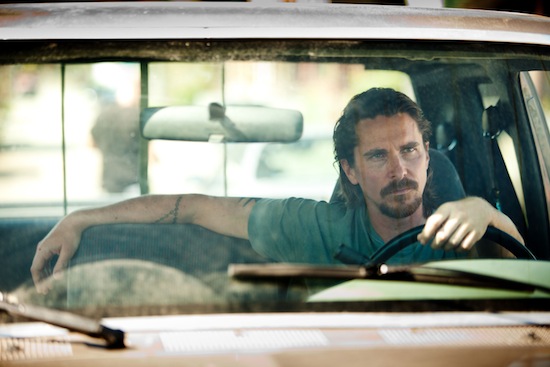 Directed by Scott Cooper, written by  Brad Ingelsby and Scott Cooper
With Christian Bale, Casey Affleck, Woody Harrelson, Forest Whitaker, Zoe Saldana, Sam Shepard, Willem Dafoe
U.S. U.K., 2013, 116’
Russell Baze (Christian Bale) has a rough life: he works a dead-end blue collar job at the local steel mill by day, and cares for his terminally ill father by night. When Russell’s brother Rodney (Casey Affleck) returns home from serving time in Iraq, he gets lured into one of the most ruthless crime rings in the Northeast and mysteriously disappears. The police fail to crack the case, so – with nothing left to lose – Russell takes matters into his own hands, putting his life on the line to seek justice for his brother.