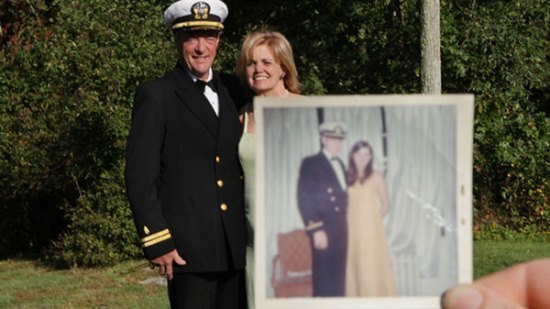 THE GENIUS OF MARIAN, directed by Banker White

The Camden International Film Festival announced its first annual Engagement Summit, a unique program developed in partnership with Working Films that will connect documentary filmmakers with Maine-based nonprofit leaders to develop community-based social action campaigns tied to documentary film screenings. The inaugural Engagement Summit will focus on the theme of aging and tie to a year-long thematic program called Aging in Maine.

The Aging in Maine program will continue during the Camden International Film Festival (September 26-29) with a curated series of documentary features and shorts that will help spark a public, inter-generational dialogue around the challenges and opportunities of Maine’s aging demographics. One highlighted film will be THE GENIUS OF MARIAN, directed by Banker White, which chronicles the filmmaker’s family responding to his mother’s diagnosis of early onset Alzheimer’s. Others include Chilean documentary THE LAST STATION, and a Danish film, LAST DREAMS.

During the festival, approximately 15 nonprofit leaders and healthcare professionals from across the state will converge in Camden for a daylong strategic summit meeting on Saturday, September 28. A full list of participants is included below. This event will be an opportunity for participating organizations in the field of aging to explore how their work can be supported and enhanced through the use of powerful documentary films focused on the experiences of older adults, their loved ones and caretakers. The summit agenda will be designed and facilitated by Working Films, an organization that specializes in connecting storytelling with community engagement and action. Working Films’ involvement in Aging in Maine is part of their broader Reel Aging initiative, which positions compelling documentary media into the work of leading organizations serving the needs and advancing the rights of older adults across the country.

Following the festival and summit meeting, CIFF and Working Films will collaborate to screen these films in 8-10 communities across the state, allowing participating organizations to implement strategies developed at the summit and use the screenings to further their goals and inform the public of resources available to them within the aging network.

The Aging in Maine program is made possible by support from the Fledgling Fund, Camden National Bank, Pen Bay Healthcare Foundation and The Bingham Program. Additional partnerships include the University of Maine Center on Aging, the Portland Press Herald and The Conversation Project.

“We are thrilled to be presenting the inaugural Engagement Summit at this year’s Camden International Film Festival. This unique program will help us harness the power that nonfiction storytelling has as a conversation starter and a community builder,” said Ben Fowlie, Founder and Executive Director of CIFF. “Aging is an issue that affects each and everyone of us personally, and we believe that this program will be a great addition to the conversations that are already occurring throughout Maine.”