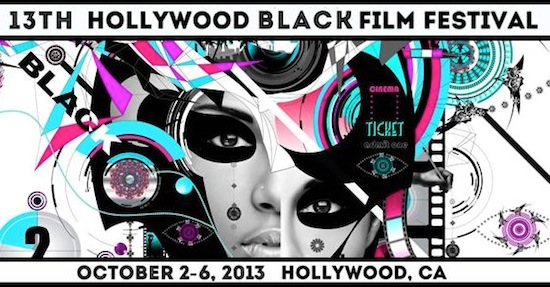 The 2013 Hollywood Black Film Festival (HBFF) will host a FREE live Storyteller Showcase that will take place Friday, October 4th at The W Hotel, 6250 Hollywood Blvd, Hollywood, CA 90028 in Great Rooms 1 & 2. The Showcase is open to the public.

Since its inception in 1998, the Hollywood Black Film Festival has honored and encouraged scribes for their excellence in and dedication to the art of storytelling. HBFF celebrates how important the written word is to the mediums of film and television and gives recognition to those who put those words on the page.

Helmed by HBFF staff member and blossoming actress Alexia Peebles, each year of the festival, writers from all over the globe submit their work to be considered for one of the 10 slots given to the Storyteller Semi-Finalists. Whether a feature, short, documentary, or written for television, countless scripts are read, critiqued, and scored by a jury panel comprised of working industry professionals to determine the best works to advance into the next phase of the competition. Next, the top 10 scripts are read and critiqued again to find out which three will become Storyteller Finalists. The ranking of those top three are announced at the Filmmakers and Storyteller Awards Presentation at the close of the festival.

The writers of the 10 semi-finalist scripts are given a personal invitation to the festival, where they receive exclusive, personalized attention from Storyteller’s mentor of 11 years, Harrison Reiner. He is an award-winning script-writer and valued staff member at CBS Television Studio’s Scripted Cable Series Division.

“I have been working with Harrison for the past six years,” Alexia says, “and what I know for certain is that he is completely invested and dedicated. Harrison loves nothing more than mentoring. It’s such a big part of who he is. The Storyteller Semi-Finalists have always found their time with him invaluable.”

The prize package for the three Storyteller Finalists includes the writer choosing a scene from their script to be performed by working LA actors before an audience in the new Storyteller Live Showcase. Formerly called the Storyteller Live Staged Reading, participants have included Obba Babbatunde, Loretta Devine, Jackee’ Harry, Tatiana Ali, and Kenny Lattimore in the night dedicated to HBFF Storytellers.

This year’s performances are being cast and directed by noted director/ playwright, Patricia Cuffie-Jones, protégé of David E. Talbert. Patricia has made quite a name for herself with projects such as Love the One You’re With and Love’s Holiday. This will be her first collaboration with HBFF and she is excited about the new endeavor.

“I want to make the writers proud, give the audience an appetite for more, and give platform to some extraordinary talent,” she shares.

“I look forward to staging these phenomenal stories, keeping true to the honesty and integrity in which it was written, and revealing to the audience the genuine heart and raw soul that lies within it”.

Matt Porterfield's I USED TO BE DARKER Opens in Baltimore, MD ... Followed by National Release | TRAILER