OUT OF THE FURNACE, NEBRASKA, THE SECRET LIFE OF WALTER MITTY Added to 2013 AFI FEST 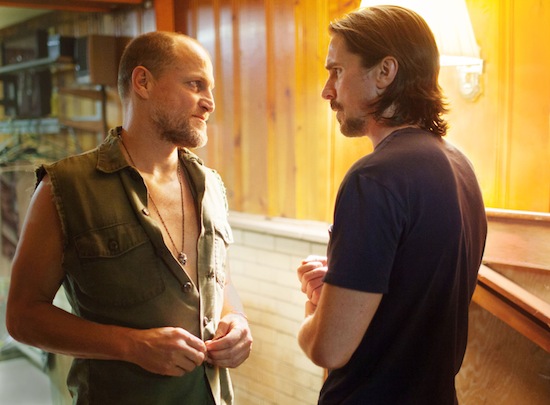 Scott Cooper’s OUT OF THE FURNACE

Additional red carpet Centerpiece Galas were announced for this year’s 2013 AFI FEST, including the World Premiere of Scott Cooper’s OUT OF THE FURNACE; Alexander Payne’s NEBRASKA; accompanied by a Tribute to Bruce Dern; and THE SECRET LIFE OF WALTER MITTY, directed by and starring Ben Stiller. Stuart Cornfeld, an AFI Conservatory alumnus and recipient of the Franklin J. Schaffner Alumni Medal at the AFI Life Achievement Award ceremony held last June, is one of the producers of THE SECRET LIFE OF WALTER MITTY. All galas will be presented in the historic TCL Theatre.

As previously announced, the North American Premiere of SAVING MR. BANKS (DIR John Lee Hancock) is the Opening Night Gala and INSIDE LLEWYN DAVIS (DIR Ethan Coen, Joel Coen) is the Closing Night Gala. The Guest Artistic Director is Agnès Varda. The previously announced FOXCATCHER Premiere is no longer part of the AFI FEST program, due to the shift of the film’s release date to 2014.

“Our Centerpiece Galas reflect the diverse cinematic experience at AFI FEST, from our smaller independent films to larger studio releases. We are thrilled to have the World Premiere of OUT OF THE FURNACE; to honor the legendary Bruce Dern for his outstanding career and his brilliant performance in NEBRASKA; and to take the audience on a journey with THE SECRET LIFE OF WALTER MITTY,” said Jacqueline Lyanga, AFI FEST Festival Director. Commenting on the news that the previously announced Premiere of FOXCATCHER would move to next year, Lyanga added, “AFI will be proud to celebrate FOXCATCHER when Bennett Miller and his talented team are ready to share it with the world.”