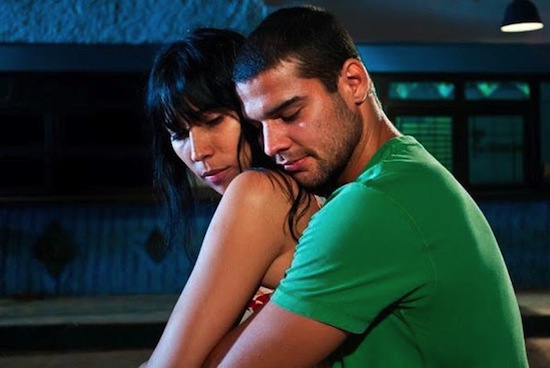 After screening a total of 142 films, the 2013 trinidad+tobago film festival (ttff), which began on September 17th and closed on October 1, 2013, announced the competition winners. The Cuban film MELAZA, directed by Carlos Lechuga is the winner of the Jury Prize for Best Feature; and the Jury Prize for Best Documentary was won by two films: FATAL ASSISTANCE – directed by Raoul Peck, and SONGS OF REDEMPTION, directed by Miquel Galofre and Amanda Sans.

Jury Prize: Best Feature
MELAZA, directed by Carlos Lechuga
In the town of Melaza the sugarcane industry is at a standstill and work is hard to come by. Monica, receptionist at the sugar mill, still goes to the factory daily, although it has been shuttered for a year. Her husband, Aldo, teaches swimming in a pool with no water. To make extra money, they engage in a lucrative but illegal venture. When the police discover their scheme they charge the couple a hefty fine. To get out of their predicament, Monica and Aldo must consider doing the unthinkable.

*The jury awarded a special mention in this category to GOD LOVES THE FIGHTER directed by Damian Marcano
Charlie is a young man seeking to make ends meet on the streets of Port of Spain. Reluctantly, he takes a job from a gang leader as assistant to a drug courier. This is how he meets Dinah, a prostitute, who works for the fearsome Putao. Dinah convinces Charlie to escape with her, in a move that triggers serious consequences. Shot in an urgent and unflinchingly gritty style, God Loves the Fighter is an honest yet sympathetic tale of real life as lived in contemporary urban Trinidad.

FATAL ASSISTANCE
Over three years after the earthquake that ravaged the country, conditions in Haiti remain far from acceptable. Why is this the case, despite billions of dollars in aid and the intervention of everyone from movie stars to former US presidents? This gripping documentary by Haiti’s most acclaimed filmmaker dissects the recovery effort and exposes its inner workings. In the process, it paints a damning picture of a country in thrall to a paternalistic aid system almost as invidious as any dictatorship.

SONGS OF REDEMPTION
At the general Penitentiary in Kingston, where inmates are serving sentences for crimes as serious as murder, a remarkable experiment is taking place. Through the progressive vision of the prison’s former superintendent, a rehabilitation scheme has been implemented that involves inmates creating and recording reggae music. Featuring riveting interviews and moving live performances, Songs of Redemption is an uplifting testament to the healing, even transformative power of music.

bpTT Film in Development Award
The winner is Kevin Adams