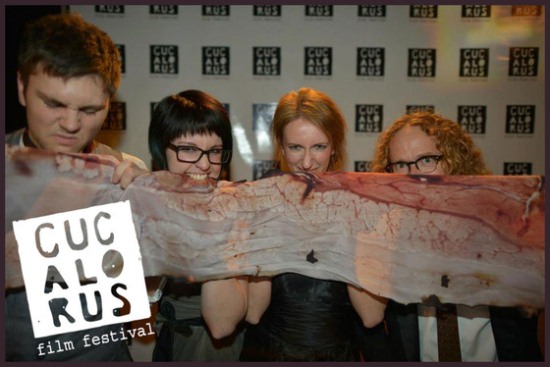 Cucalorus Film Festival taking place in downtown Wilmington, North Carolina, from November 13 to 17, 2013, unveiled its full 2013 schedule of screenings, artistic interventions and parties. More than 200 features, docs and shorts will be presented as part of the Magnolia, Vanguard, Voices, Works-in-Progress, Midnight Madness and Shorts Programs. The festival opens on Wednesday with Dance-a-lorus, a growing program of performances, screenings and workshops exploring the intersection between dance and film.

Set in Florida but lensed in the Wilmington area late last year, Michael Maren’s directorial debut, A SHORT HISTORY OF DECAY, will have its Southern US Premier. The dark comedy had its World Premier last week at the Hamptons Film Festival. Former Wilmington resident Linda Lavin delivers a solid performance as a mother and wife struggling with the realities of Alzheimer’s.

REDWOOD HIGHWAY, directed by Gary Lundgren (Calvin Marshall, CucFF 2009), features a beautiful performance from Shirley Knight, who plays a woman struggling with her increasing lack of independence in her later years.