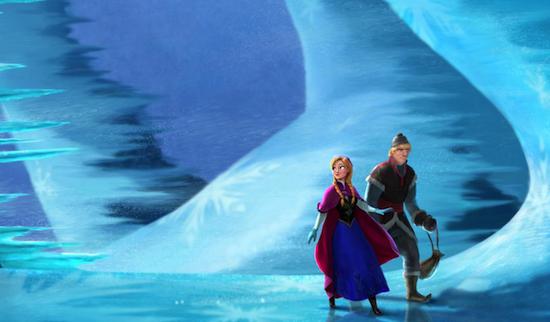 A ‘raft of exciting new titles’ have been added to the 58th Cork Film Festival taking place November 9 to 17, 2013 in Cork, Ireland. Two major new Disney pictures FROZEN 3D and SAVING MR. BANKS lead the new films. In the big-screen animation comedy adventure, FROZEN 3D, directed by Chris Buck and Jennifer Lee, fearless optimist Anna (voice of Kristen Bell) sets off on an epic journey – teaming up with rugged mountain man Kristoff (voice of Jonathan Groff) and his loyal reindeer Sven – to find her sister Elsa (voice of Idina Menzel), whose icy powers have trapped the kingdom of Arendelle in eternal winter. Encountering Everest-like conditions, mystical trolls and a hilarious snowman named Olaf (voice of Josh Gad), Anna and Kristoff battle the elements in a race to save the kingdom. Two-time Academy Award®–winner Emma Thompson and fellow double Oscar®-winner Tom Hanks topline Disney’s SAVING MR. BANKS, directed by John Lee Hancock, and inspired by the extraordinary, untold backstory of how Disney’s classic Mary Poppins made it to the screen.

The Festival adds to the commemoration of the 50th anniversary of the assassination of President John F Kennedy with a presentation of New Yorker journalist Peter Landesman’s directorial debut PARKLAND, described as a tense and poetic recounting of the chaotic events that occurred at Dallas’ Parkland Hospital on that fateful day. Amongst the star-studded cast are Zac Efron, Billy Bob Thornton, Marcia Gay Harden and Paul Giamatti (once more).

Fresh from its Gala presentation at the BFI London Film Festival comes that Institute’s new restoration of Captain John Noel’s 1924 the EPIC OF EVEREST. The official film record of the legendary 1924 attempt to conquer the highest mountain in the world is one of the most remarkable films in the BFI National Archive. This legendary expedition culminated in the deaths of two of the finest climbers of their generation, George Mallory and Andrew Irvine, and sparked an on-going debate over whether or not they did indeed reach the summit.

Epic Irish documentary THE SUMMIT is the last film playing in the Cork Opera House during the Festival. In the summer of 2008, some 70 people from 15 separate expeditions braved the pilgrimage to the world’s second highest summit, on what became the deadliest day in mountaineering history. Together with writer Mark Monroe (the Cove), Irish director Nick Ryan creates a compelling narrative made up of multiple perspectives, time frames, actual video documentation, and beautifully recreated footage documenting K2’s deadliest day.

MILIUS is described as the fascinating and hilarious biography of John Milius, the ‘fourth horseman of the 70s Hollywood apocalypse’ with Lucas, Spielberg and Coppola.  Millius wrote and directed Conan the Barbarian – launching the career of Arnold Schwarzenegger – and wrote Apocalypse Now.

Greek filmmakers Zoe Mavrousi and Augustine Zenakos’ new documentary about the criminalization of HIV, RUINS: A CHRONICLE OF AN HIV WITCH-HUNT, tells the story of a group of HIV-positive women who were detained by the Greek Police, forcibly tested, charged with a felony, imprisoned and publicly exposed, when their mug shots and personal data were published in the media, in the run-up to the country’s 2012 national elections.

Other new films include five choice picks from the 2013 BFI London film Festival:

Bruno Dumont’s (La vie de Jesus, Flandres) 2013 Berlinale Golden Bear nominee CAMILLE CLAUDEL (1915) see Camille Claudel (Juliet Binoche) confined by her family to a mental asylum in the south of France – where she will no longer sculpt – and living a reclusive life while waiting for a visit from her brother.

Set in Singapore Anthony Chen’s ILO ILO (awards at the Cannes and London Film festivals) chronicles the relationship between a family of three and their newly arrived Filipino maid, Teresa, who has come like many other Filipino women in search of a better life.

In Xavier Dolan’s deviously sexy psychological thriller TOM AT THE FARM (nominations at both the Venice and London Film festivals), Tom attends the funeral of his deceased boyfriend, only to find the family were not even aware of the relationship.

Co-directors Ben Rivers’s and Ben Russell’s hybrid documentary A SPELL TO WARD OF DARKNESS follows pagan re-enactors to failed communes, black metal festivals to Arctic hermits, and the forever Golden Hour to the Northern Lights, and explores the possibilities of a spiritual existence within an increasingly secular Western culture.