ANATOMY OF A PAPER CLIP, SOMETHING MUST BREAK, HAN GONG-JU Among Winners of 2014 International Film Festival Rotterdam 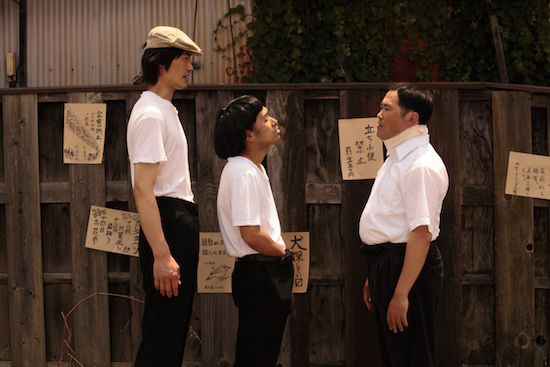 The winners of International Film Festival Rotterdam’s 19th Hivos Tiger Awards Competition, as well as of the second Big Screen Award Competition and of the NETPAC, FIPRESCI, KNF, and Moviezone awards were announced at the award ceremony on Friday night.  The winners of the three Hivos Tiger Awards 2014 are ANATOMY OF A PAPER CLIP (Yamamori clip koujo no atari) by Ikeda Akira, SOMETHING MUST BREAK (Nånting måste gå sönder) by Ester Martin Bergsmark, and HAN GONG-JU by Lee Su-Jin.

The winners of the three equal Hivos Tiger Awards 2014 are:

”Challenging narrative form with precision and economy, this film elevates observations of the absurd in human behavior, and brings it into the poetic domain.”

Ikeda Akira (1976, Japan) began to make his own short films while studying English literature at Bunkyo University. After being involved in various fields such as theatre, music and dance, he directed his first feature-length film The Blue Monkey in 2006. Anatomy of a Paper Clip is his second feature. 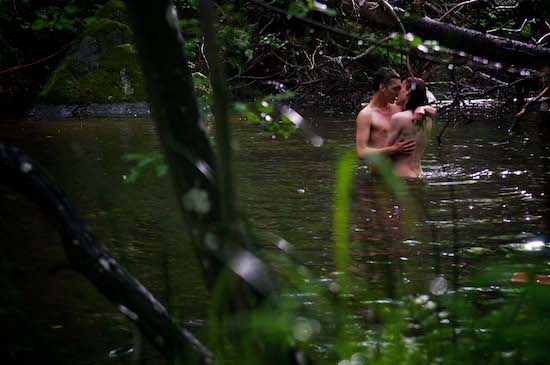 ”A free-floating personal voyage traces the pains and pleasures of intimacy, recounted in a tender depiction of characters, with a sincere and playful use of cinematographic language.” 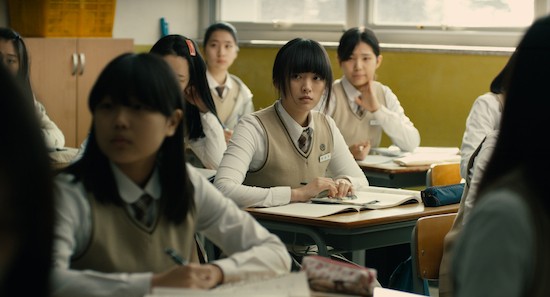 ”A skilfully crafted and highly accomplished debut – deviating from classicist structure, this film lures the spectator to participate in the pleasures of storytelling through an extraordinary and intricate narrative puzzle.”

Lee Su-Jin (South-Korea) is a screenwriter and director. He made several award-winning short films in his homeland. His roll of honour continues with his debut feature Han Gong-Ju, which won two awards at Busan, plus the top prize at the film festival of Marrakech.

Hivos director Edwin Huizing: ”Hivos aims to give young filmmakers a voice. To inspire us; to push boundaries. Their work has the potential to break open societies, so thoughts and creativity can flow more freely. The Hivos Tiger Awards give them the recognition they deserve.”

IFFR introduced a new competition in 2013: The Big Screen Award Competition, aimed at supporting the distribution of films in Dutch cinemas. Ten very recent films with no Benelux distributor confirmed were nominated for this prize. 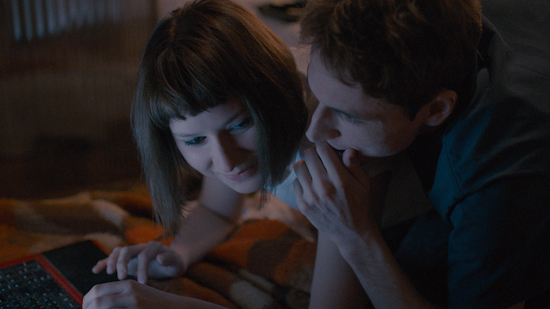 ”At a time when Dutch media abound with negative news about Russia, Another Year takes us straight into the daily lives of the young people who will shape its future and makes us open up our hearts to them. More than just a simple love story, it shows us how globalization meets tradition in present-day Russia, how they clash, and how they might be reconciled. Pitch perfect, beautifully acted and choreographed, modest, subtle and utterly convincing.”

Oxana Bychkova (1972, Ukraine) is a screenwriter and director. She studied journalism in Rostov-on-Don, Russia, graduating in 1995. After a career as a radio journalist, Bychkova began studying directing in 2000, focusing on filmmaking. Another Year is her first feature film.

The NETPAC Jury (Network for the Promotion of Asian Cinema) awards the best Asian film in the IFFR 2014 Official Selection. 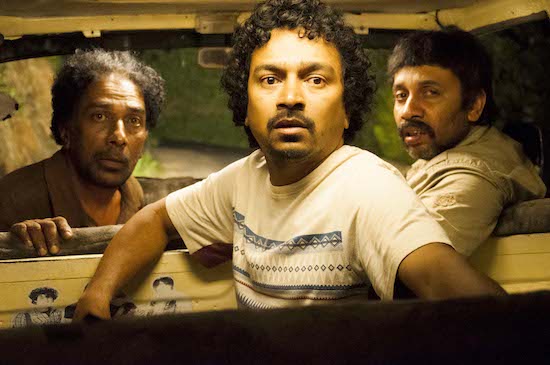 ”A well-measured and crafted film that emotionally engages the audience through poetic storytelling of a critical subject.”

Prasanna Jayakody (1968, Sri Lanka) was born into an artistic family strongly rooted in traditional Sinhala values, and grew up in a Buddhist environment. This became a major inspiration for his productions. He made his debut at the age of 21 with the stage drama Shadows and Men, which was a critical success. He then started directing television dramas that were loved by the masses and won him numerous television awards. His earlier films Sankara (2006) and Karma (2010) have also screened at IFFR.

The winner of the Rotterdam FIPRESCI Award 2014 is: 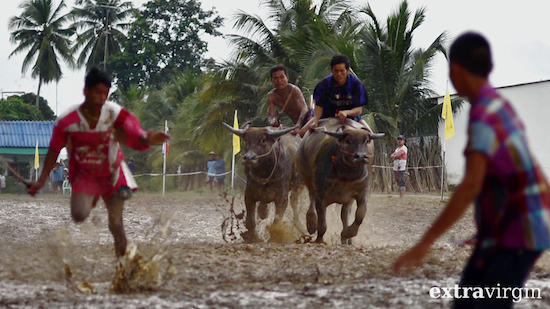 ”Fully relying on its strong cinematography, it creates an immersive sensory experience that makes us part of a vivid community revolving around the cultivation of a tiny grain.”

Uruphong Raksasad (1977, Thailand) studied film and photography at Thammasat University. After graduating in 2004, he worked as an editor and post-production supervisor on several Thai feature films. Since 2004, he has focused on his own career, returning to the region where he was born and shooting his feature debut Stories from the North (2006). The Songs of Rice is his third feature.

KNF Award
For the KNF Award, The Dutch Circle of Film Critics (KNF) Jury chose the winner out of the ten films in The Big Screen Award Competition 2014.

TO KILL A MAN (Matar a un hombre) by Alejandro Fernández Almendras (Chile/France, 2013) 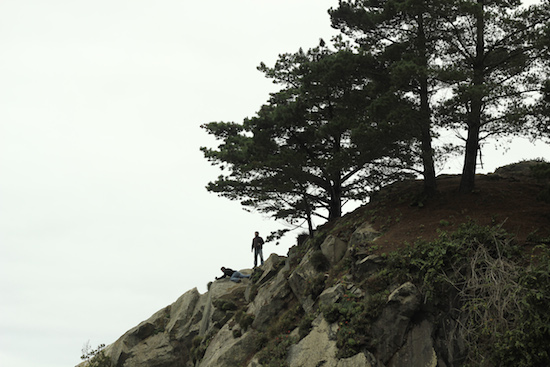 ”A compelling film with great visual style, impressive acting, and exactly the right length. The story is both simple and challenging. We follow the humiliation of the protagonist step by step and are confronted with our own fears in the process. This unremitting psychological thriller deserves to be seen on the big screen.”

Alejandro Fernández Almendras (1971, Chile) has a degree in journalism and worked as a film critic, photographer an

The winner of the MovieZone Award 2014 is: 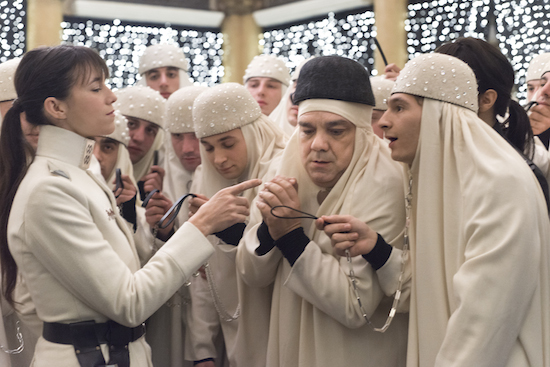 ”It was like a classical fairytale but with a completely different point of view. The makers of the film created a whole new world with the art direction and costume design and the film had a theme that everyone can relate to. The film was really funny but also had a great message.”

Riad Sattouf (1978, France) is a French writer, comic book artist and director with Syrian roots. He has successfully published various graphic novels and has a weekly comic in the French satirical magazine Charlie Hebdo. In 2009, he made his directing debut with the award-winning film Les beaux gosses. Jacky au royaume des filles is his second film.