THE LAST ONE, a New Documentary about the AIDS Memorial Quilt to Screen at 2014 American Documentary Film Festival 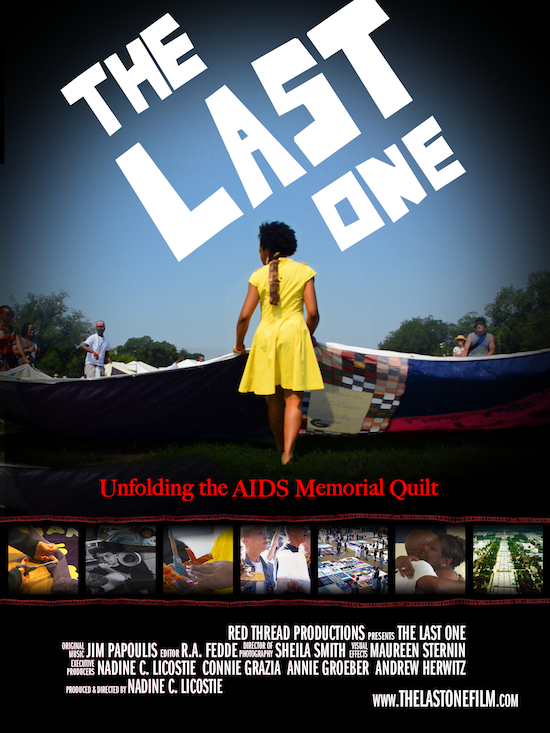 The 2014 American Documentary Film Festival and Film Fund will screen THE LAST ONE – a look at the AIDS quilt and those who wove the panels. In the eighties and nineties, as AIDS ravaged the United States gay community, the AIDS Memorial Quilt was born out of a public battle for treatment and understanding. THE LAST ONE is a feature-length documentary tracing its history as an international art project and the role it continues to play as a response to a disease that still imperils vulnerable communities around the world.

Through the intensely personal stories of its founders, volunteers, and panel-makers, THE LAST ONE examines how stigma and discrimination exacerbated and still fuel a disease that has already claimed the lives of 30 million people and currently infects 65 million men, women and children around the globe–including 50,000 new infections a year in the US alone. Longtime LGBT Activist and Founder of The NAMES Project AIDS Memorial Quilt, Cleve Jones, will attend the screening of THE LAST ONE, along with the film’s director, Nadine Licostie.