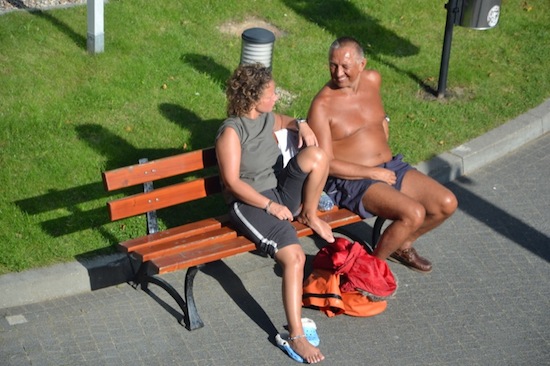 The 2014 edition of the American Documentary Film Festival and Film Fund will screen a number of award-winning international films, including the acclaimed Polish documentary, DEEP LOVE. DEEP LOVE is a story of Dr. Janusz Solarz (Soley), an active economist, researcher and lawyer, and an avid scuba diver. Life for Soley is filled with passion and promise until suddenly, at age 58, he suffers a debilitating stroke that leaves him partially paralyzed and unable to communicate clearly. Rehabilitation and recovery proves difficult, despite the assistance of his partner, Asia, a water therapist who works with disabled children, and is an active diver herself. Over the course of three years, Soley begins to regain some mobility, but not enough to reclaim his passion for diving – especially not his big dream of returning to one of the most dangerous diving locations on earth – the perilous Blue Hole in Dahab, Egypt.

Together with his friend Arthur, Solely determines that he must return to the Blue Hole, and dive there, despite its danger, and his own physical challenges.  They begin planning the trip, despite the concerns of Asia, who fears she may lose her life partner to the Hole.  In the end, though, Asia, Arthur and Soley all three decide to make the trip, knowing that Soley’s life, and, more importantly, his joy for life, may never be the same until he makes the attempt. 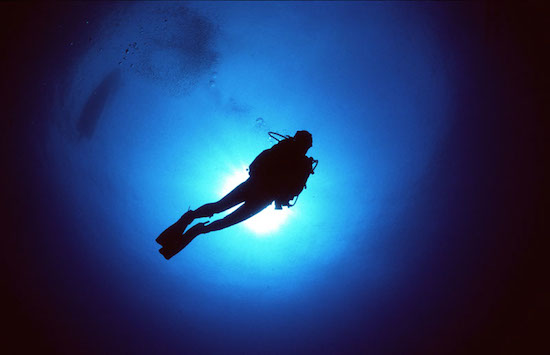 DEEP LOVE is a story of danger and dreams. Of the human will to survive, and thrive, despite illness and physical limitations. It is a testament to human ingenuity and the desire to succeed despite all odds. It is also one more way the American Documentary Film Festival and Film Fund helps us all see the bigger picture, one film at a time.