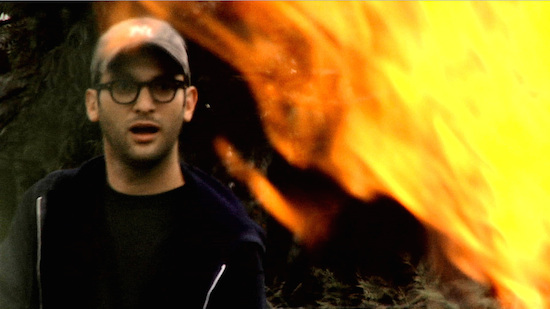 GASLAND PART II, the follow up to Emmy Award-winning and Oscar®-nominated director Josh Fox’s groundbreaking documentary, GASLAND that exposed the truth, lies and corruption in the natural gas industry and inspired communities worldwide to act, will have its Australian Premiere on Saturday 1st March at the 8th Byron Bay International Film Festival.  GASLAND PART II, which premiered at the 2013 Tribeca Film Festival in New York, shows how the stakes have been raised on all sides in one of the most important environmental issues facing the world today.

Fox uses his trademark dark humor to take a deeper, broader look at the dangers of the controversial mining method hydraulic fracturing, known as ‘fracking’, to extract natural gases like coal seam gas and oil, that is now occurring on a global level in 32 countries worldwide.

The film argues that the gas industry’s portrayal of natural gas as a clean and safe alternative to oil is a myth and that many ‘fracked’ wells inevitably leak over time, contaminating water and air, hurting families, and endangering the earth’s climate with the potent greenhouse gas, methane.

In addition, the film looks at how the powerful oil and gas industries are in Fox’s words “contaminating our democracy”.

The film is a relentless kick to the head of scientifically-sourced data, personal stories, case examples, insider information, consistent pragmatic research and an investigative documentary-makers mindset that keeps chasing the core subject matter, staying on track, keeping an audience’s interest front and centre in the frame.

Taking no prisoners in the making of GASLAND PART II, as reported in The Guardian in early 2012, Fox was arrested and handcuffed at US Congress when he tried to film a hearing about fracking. Fox stated, “This is the second or third time we were denied access to a hearing that should be covered and coverable by our film. Everyone should be allowed to take in these hearings. They are public speech.”

Byron Bay International Film Festival Director J’aimee Skippon-Volke has been in discussion with Josh since 2010 and is excited to be presenting the Australian Premiere of his second installment, which has been nominated for a hat trick of awards, Best Film, Best Documentary and Best Environmental Film.