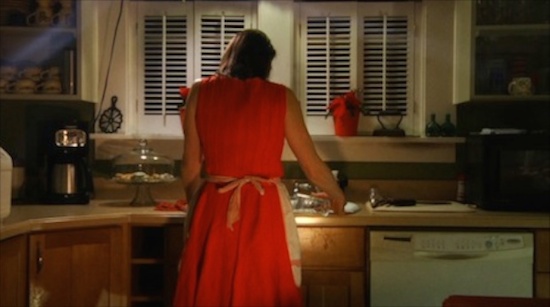 The 13th San Francisco Documentary Film Festival (SF DocFest) taking place June 5 to 19, 2014, will open on June 5th with Robert Greene’s new film THE ACTRESS, which follows Brandy Burre, an actress who gave up her role in HBO’s “The Wire” to start a family in upstate New York. After playing the role of wife and mother, Burre decided to re-enter the acting business. The film will play as part of a retrospective of Robert Greene’s earlier work.

The festival will also honor filmmaker and writer, Robert Greene, with the 2014′s SF DocFest Non-Fiction Vanguard Award. This is the second time SF DocFest has given this award following the 2008 recipient Melody Gilbert. In addition to premiering his new film, ACTRESS, the festival will present a retrospective of some of Robert Greene’s earlier films including KATI WITH AN I (2010) and FAKE IT SO REAL (2012).

The festival announced a new DocFest Director of Programming Jennifer Morris and a new Associate Programmer Chris Metzler. Jennifer Morris, currently a programmer and consultant for Film23, Jennifer Morris was previously the Festival Director and Director of Programming for Frameline, She also served as the director of the Frameline Completion Fund which provided funding-ranging from $20-$50k annually- for the completion of films that deal with issues of importance to LGBT communities with an emphasis on underrepresented communities. She has also been a DJ and promoter in the Bay Area (under the name DJ Junkyard) for over 20 years.  Morris is originally from Southern California where she received her BA in Motion Pictures and Television from UCLA.

Chris Metzler graduated from USC with a degree in business and cinema; Chris Metzler’s film career has taken him from the depths of agency work, to coordinating post-production for movies. His filmmaking work has resulted in him criss-crossing the country with the aid of caffeinated beverages, all the while making his way in the Nashville country and Christian music video industries, before finally forsaking his soul to commercial LA rock n’ roll. These misadventures culminated in him winning a Billboard Magazine Music Video Award. He eventually fled to San Francisco to join the independent documentary film scene and start work on his feature length directorial debut – the offbeat environmental documentary, “Plagues & Pleasures on the Salton Sea”, which was narrated by John Waters. With the success of that feature documentary Metzler went on to make, “Everyday Sunshine: The Story of Fishbone”, about the legendary rock-ska-funk band Fishbone. The film was narrated by actor Laurence Fishburne, premiered at the Los Angeles Film Festival, screened at SXSW, and aired nationally on PBS. Metzler is now pursuing other sub-cultural documentary subjects, including: rogue economists, lucha libre wrestlers, swamp rat hunters, ganjapreneurs, and evangelical Christian surfers.

A WILL FOR THE WOODS Top Winners of 2014 SF IndieFest