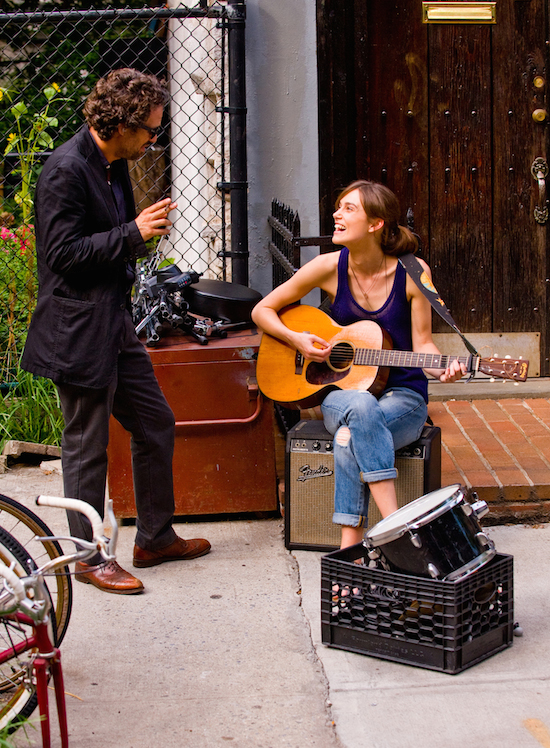 The trailer has been released for John Carney’s comedy, BEGIN AGAIN (formerly Can A Song Save Your Life?),  announced as the closing night film of this year’s Tribeca Film Festival and a recent addition to the lineup for this year’s San Francisco International Film Festival. The film, starring Keira Knightley, Mark Ruffalo, Hailee Steinfeld, and Adam Levine, originally premiered at the 2013 Toronto International Film Festival when it was known as Can A Song Save Your Life?.

From writer-director John Carney (Once), BEGIN AGAIN is a soul-stirring comedy about what happens when lost souls meet and make beautiful music together. Gretta (Keira Knightley) and her long-time boyfriend Dave (Adam Levine) are college sweethearts and songwriting partners who decamp for New York when he lands a deal with a major label. But the trappings of his new-found fame soon tempt Dave to stray, and a reeling, lovelorn Gretta is left on her own. Her world takes a turn for the better when Dan (Mark Ruffalo), a disgraced record-label exec, stumbles upon her performing on an East Village stage and is immediately captivated by her raw talent. From this chance encounter emerges an enchanting portrait of a mutually transformative collaboration, set to the soundtrack of a summer in New York City. The film will be released by The Weinstein Company in July.

Martial Arts Film THE GRANDMASTER is the Big Winner, with 7 Awards, at 8th Asian Film Awards