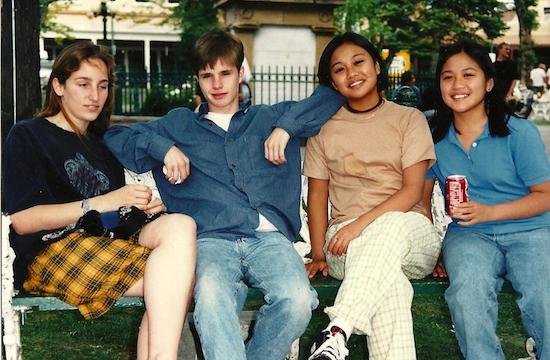 Watch the trailer for the Matthew Shepard documentary, MATT SHEPARD IS A FRIEND OF MINE, winner of the Audience Choice Award For Best Film at the 38th Cleveland International Film Festival (CIFF).  MATT SHEPARD IS A FRIEND OF MINE follows director Michele Josue, a close friend of Matt’s, as she travels to pivotal locations in Shepard’s life, interviewing other friends and family members, and gaining insight into the beautiful life and devastating loss of Matthew Shepard.

Fifteen years ago, on the night of October 6, 1998, two men lured Matthew Shepard, a gay freshman at the University of Wyoming, from a bar in Laramie, WY. He was kidnapped and driven to a field where he was tortured and tethered to a fence and left to die. Never regaining consciousness, Matthew succumbed to the severe injuries from the attack and died on October 12, 1998.

The murder of Matthew Shepard was a devastating tragedy that made countless headlines around the world. As people denounced the hatred and senseless violence that caused Matthew’s death, a much-needed dialogue about hate crimes and intolerance against the LGBT community began and continues to this day. His tragic story brought the reality of inequality and vicious, irrational contempt into the public consciousness and set the stage for the landmark Matthew Shepard and James Byrd Jr. Hate Crimes Prevention Act, which President Barack Obama signed into law in 2009. via official film site