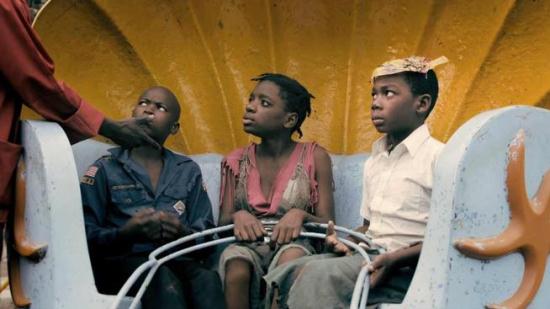 Aspen Shortsfest 2014 was held April 8-13, and over 40 filmmakers from around the world plus other special guests attended. A TROPICAL SUNDAY, directed by Fabian Ribezzo, about four begging and scavenging street kids at a Mozambique amusement park,  won the award for Best Drama, and director Tomasz Sliwinski’s  documentary OUR CURSE, on what it’s like to be the young parents of a critically ill infant, won the award for Best Documentary.

BEST ANIMATION* $2,500
ME + HER
(Joseph Oxford, USA)
A tale of grief that is nearly as tender as it is inventive. It’s about the life and love of cardboard boxes but there’s nothing recycled in this puppetry gem.

BEST COMEDY* $2,500
THE KÁRMÁN LINE
(Oscar Sharp, UK)
What begins as a raucous and absurdist story of a woman who starts levitating turns into a moving meditation on loss and transcendence.

BEST DOCUMENTARY* $2,500
OUR CURSE
(Tomasz Sliwinski, Poland)
Director Tomasz Sliwinski shares an intimate, at times brutal, always compassionate, sense of what it’s like to be the young parents of a critically ill infant.

BEST STUDENT FILM $2,000
Sponsored by KQED
SPROUT
(Ga-eun Yoon, South Korea)
Lost on an errand in a South Korean city, 7-year-old Bory takes us on an adventure in humanity, touching us in a most endearing way.

BEST SHORT SHORT* $1,000
THE GALLANT CAPTAIN
(Katrina Mathers + Graeme Base, Australia)
In just a few minutes of technically brilliant animation, this tells a funny and moving story about friendship and acceptance.

AWARDS DETERMINED BY OTHER JURIES

THE KÁRMÁN LINE
(Oscar Sharp, UK)
There are many insightful life metaphors in this year’s winner. On some levels the film can be seen as a comedy – because it is indeed witty and full of the unexpected – but it is ultimately profound and tender. It touches our emotions, all of them, from anger to sadness to love, and it leaves us deeply moved.

THE PHONE CALL
(Mat Kirkby, UK)
The film we have chosen concerns a subject that has touched many people in our valley, as well as the world. This short changed our perspective on the subject of suicide. It offered an insight into the mental state of someone taking his or her own life. We would recommend that this film be shown at high schools in our valley. Teens are one of the groups most affected by this terrible issue. We would like to thank the filmmakers for broaching an extremely difficult topic with such grace.

ABOUT THE OTHER JURIES

YOUTH JURY PRIZE For the 16th year, local high school students honor a film that opens a window on their understanding of the world in important, unexpected ways.

"LIFE INSIDE OUT" 'FABERGÉ: A LIFE OF ITS OWN" "CATHEDRAL CANYON" "LION ARK" Win Top Awards at 2014 Palm Beach International Film Festival