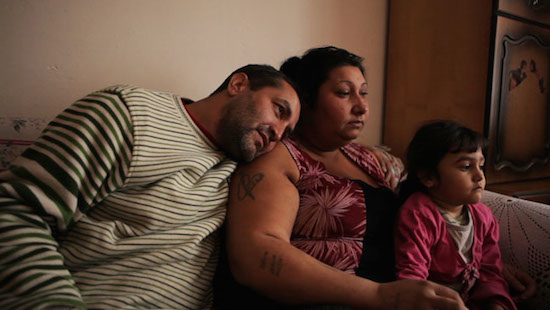 The Bosnian- Herzegovinian Film Festival (BHFF) announced the film lineup for its eleventh annual event. A total of 16 films will screen May 1-3, 2014, at Tribeca Cinemas in New York City. They include four feature films, five short films, and seven documentaries.

The films screening at the 2014 BHFF were carefully selected from 33 submissions from 10 countries including Bosnia-Herzegovina, Serbia, Croatia, the Netherlands, Finland, the United Kingdom, France, Italy, the United States, and Canada.

The Eleventh Annual BHFF will show yet another masterwork by Danis Tanović. Last year, his short fiction film “Baggage” (“Prtljag”) won the Golden Apple award for Best Short Film. This year, the festival will screen Tanović’s film titled “An Episode in the Life of An Iron Picker”(“Epizoda u životu berača željeza”). The film centers around a Roma family in central Bosnia-Herzegovina, whose harrowing odyssey of survival provides a damning critique of the social conditions that trap them. It will screen during Closing Night of the Festival. 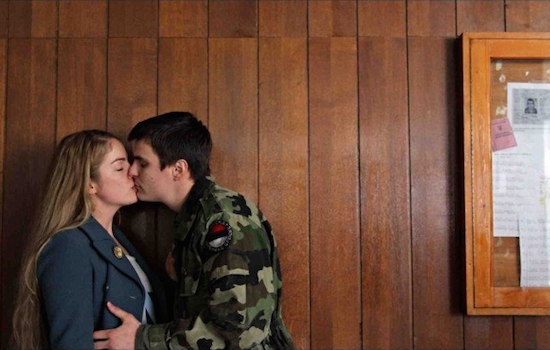 In addition to Tanović’s, three other feature films will be screened at this year’s Festival: Srđan Golubović’s “Circles” (“ Krugovi”), Bobo Jelčić’s “A Stranger” (“Obrana i zaštita”), and Faruk Lončarević’s “With Mom” (“Sa mamom”).

“Circles” (“Krugovi”) starts off in the grips of the Bosnian war in 1993, when Serbian soldier Marko witnesses his three comrades brutally attacking Haris, a Muslim civilian. Marko interferes and saves Haris’ life, but is consequently killed by his infuriated fellow soldiers. In 2008, years after the war’s conclusion, the effects of the conflict still loudly resonate as Marko’s family and friends are faced with the choice between forgiveness and revenge. 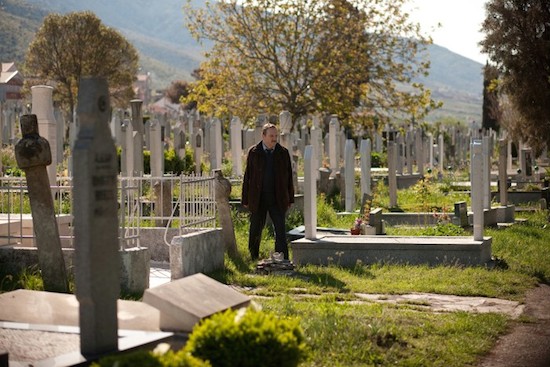 In “A Stranger” (“Obrana i zaštita”), the death of an old friend plunges Slavko into a dilemma. He is unsure whether he, a Croat, should attend the funeral in the Muslim part of Mostar. On the one hand, he feels like it’s his duty; on the other, he fears a hostile reaction from his own community. This psychological study is based on the fact that nearly two decades after the war, Mostar is still divided. 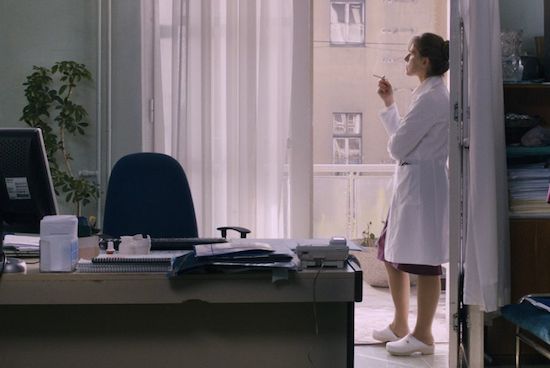 “With Mom” (“Sa mamom”) tells the story of Berina, a young artist who struggles to come to terms with her mother’s terminal illness and the deterioration of family bonds, while also exploring her awakening sexuality. Lončarević’s powerful coming-of-age story examines the sharpened dynamics of a family in crisis.

In Sixten Björkstrand’s “Bosnia in Our Hearts” (“Bosnien i våra hjärtan”), three Bosnians from Finland travel to Lithuania to witness the last and crucial qualifying game for the FIFA World Cup in Brazil.

“Shunt” (“Fasunga”), directed by Zoran Ćatić, is a brief analysis of historical and socio-political transitions that constantly challenge the permanence of memories.

“Tales from a Forgotten City” will premiere in the U.S. at this year’s Festival. Directed by Amir Grabus, this short documentary is an ode to the beautiful memories of Mostar as it once used to be. It follows the ambitions of music producer Dragi Šestić and his musical ensemble, Mostar Sevdah Reunion.

Having its New York premiere at the 11th Annual BHFF is Chris Leslie’s and Oggi Tomic’s “Finding Family” (“U potrazi za porodicom”), an unforgiving documentary about one orphan’s extraordinary journey back to Bosnia twenty years after being abandoned in the midst of the siege of Sarajevo. The film has just won Best New Work and Best Factual awards at the British Academy Scotland New Talent Awards 2014. A Q&A session with Leslie will take place during Closing Night of the Festival at 8:00 PMin The Varick Room.

Other films included in the selection are:

Nedžad Begović’s “Beško,” about a modern guy who belongs to the new generation of “Walters” in Sarajevo;

Mirna Dizdarević’s “Vita Mulier,” a short documentary about two ballerinas struggling to survive in a city that does not value their art;

Una Kreso’s “A Wound That Is Hidden” (“Rana koja se krije”), about a young woman who fled the Bosnian war with her family and returns to Sarajevo to discover her roots;

Damir Bašić’s “Just to take a look” (“Samo da pogledam”), a 60- second social commentary on the daily life of an ordinary citizen in Bosnia-Herzegovina;

Ado Hasanović’s “Mum” (“Mama”), a cautionary tale about starting over;

Amela Ćuhura’s “We Survived” (“Nek je živa glava”), a short fiction film about a former POW who returns to Sarajevo to find his family.

Films selected to screen at the 11th Annual BHFF are eligible to win a number of honors including the Golden Apple audience and jury awards.