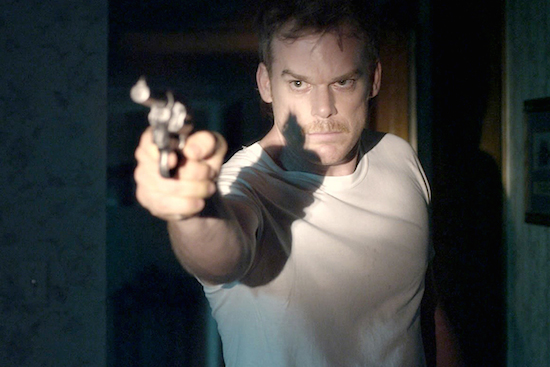 Jim Mickle’s COLD IN JULY still flying high from its critically acclaimed world premiere at this year’s Sundance Film Festival, has been selected in the program lineup for Cannes Film Festival’s Directors’ Fortnight.  This will be Jim’s second time in this selection after last year’s cannibal drama, WE ARE WHAT WE ARE.  IFC Films will release COLD IN JULY day-and-date, theatrically and on VOD May 23rd.

“It’s unbelievably flattering and rewarding to be invited back to Fortnight. Ever since reading Joe Lansdale’s wonderfully twisted novel, I’ve wanted to make a film that felt like that book. COLD IN JULY has been in our lives for a very long time and many times felt like it may never make it to the big screen. To return to the Croisette to show this film to the world makes all of that time well worth the wait”, said filmmaker Jim Mickle.

In COLD IN JULY, while investigating noises in his house one balmy Texas night in 1989, Richard Dane (Michael C. Hall) puts a bullet in the brain of a low-life burglar, Freddy Russell (Wyatt Russell). Although he’s hailed as a small-town hero, Dane soon finds himself fearing for his family’s safety when Freddy’s ex-con father, Ben (Sam Shepard), rolls into town; hell-bent on revenge. However, not all is as it seems. Shortly after Dane kills the home intruder, his life begins to unravel into a dark underworld of corruption and violence. Twists and turns continue to pile up as the film reaches its inevitable destination: a gore-soaked dead end.

Next to Her Asaf Korman (Israel)

It Can Pass Through the Wall Radu Jude (Romania)