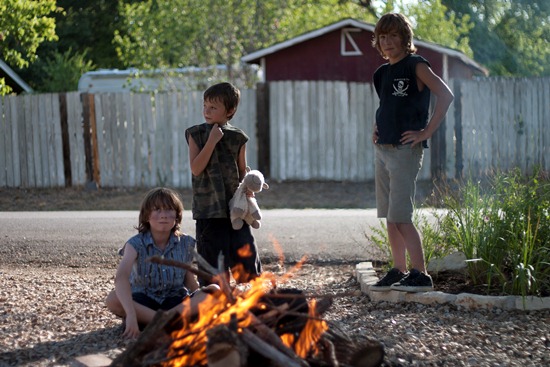 A portrait of a family on the brink of dissolution set against the haunting backdrop of the refineries of Southeast Texas, and a heartwarming story about the healing power of music, have won top honors at the 14th annual deadCENTER Film Festival, held June 11-15 in downtown Oklahoma City.

Director Kat Candler won Best Narrative Short at last year’s deadCENTER Film Festival for Black Metal and also screened the short film Hellion here before debuting the feature at the 2014 Sundance Film Festival. Hellion is a portrait of a family on the brink of dissolution set against the haunting backdrop of the refineries of Southeast Texas and stars Emmy Award winner Aaron Paul (Breaking Bad) and Oscar nominee Juliette Lewis.

“Alive Inside” debuted at the 2014 Sundance Film Festival and became an internet sensation when a clip from the film was shared millions of times online. “Alive Inside” follows Dan Cohen who, on a whim, brings iPods to a nursing home to work with Alzheimer’s and dementia patients. To everyone’s surprise- residents with memory loss ‘awaken’ when they hear music from their past.

Special Jury Prize: “The Case Against 8,” a behind-the-scenes look inside the case to overturn California’s ban on same-sex marriage. Directed by Ben Cotner and Ryan White.

Special Jury Oklahoma: “Sewing Hope,” the story of Sister Rosemary Nyirumbe and her fight to bring hope back to her nation after 25 years of terror in northern Uganda at the hands of Joseph Kony and his Lord’s Resistance Army. Directed by Derek Watson.

Best Oklahoman Film: “The Posthuman Project,” the story of a group of high school friends who go on a rock-climbing trip to celebrate their graduation, the teens receive a genetic boost that gives them superhero abilities. Directed by Kyle Roberts.

The Posthuman Project is the feature film debut of Emmy Award winning music video director and NewsOK videographer Kyle Roberts. When Denny and four of his closest friends go on a rock-climbing trip to celebrate their high school graduation, the teens receive a genetic boost that gives them superhero abilities. With amazing special effects and an inspirational story, The Posthuman Project is exciting fun for the entire family.

Best Narrative Short: “The Karman Line,” the story of a mother who contracts an unusual illness and begins to rise gradually into the air. Directed by Oscar Sharp.

Best Documentary Short: “Kehinde Wiley: An Economy of Grace,” follows New York-based painter Kehinde Wiley as he steps out of his comfort zone to create a series of paintings of women and reveal a new look at beauty in the 21st Century. Directed by Jeff Dupre.

Best Student Film: “Playtime,” the story of a 10-year-old British expat living with his mother in a suburban neighborhood in Kuwait. Directed by Hamad Al-Tourah.