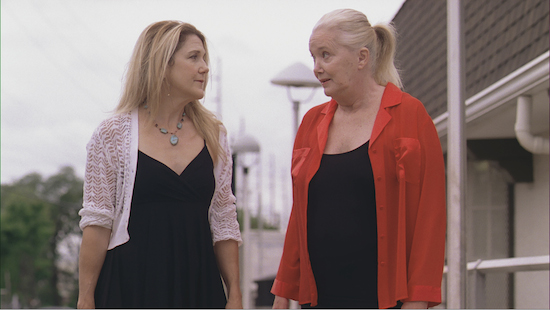 Archaeology Of A Woman, written and directed by renowned indie film director Sharon Greytak, is an intense drama that explores the life of a woman beset by the early stages of dementia. The film stars Oscar nominated/Golden Globe winner Sally Kirkland and Tony-winner Victoria Clark.

Archaeology Of A Woman received two Gold Remi Awards at Worldfest-Houston including Lifetime Achievement for Sally Kirkland and Outstanding Independent Films. It was honored with a CINE Golden Eagle Award, and was also an official selection of the Woodstock Film Festival. 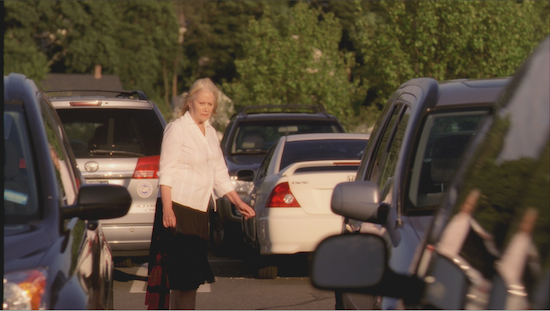 Margaret, played superbly and convincingly by Sally Kirkland, is suffering from the early stages of dementia. This is quite evident immediately as the film begins with Margaret at a mall parking lot, where she frantically searches for her car.  She meanders through the sea of cars, totally perplexed at the absence of her means of transport.  Police officers, standing on the sideline, observe her frantic behavior.  The officers approach and offer their assistance.  She is certain she left her mode of transport somewhere in the parking lot, which she emphatically communicates to them.  Eventually, they convince her to accompany them, and they transport her home.  On arrival, the officers spot her car in the driveway.  It is at this juncture that Margaret’s daughter is contacted.  The officers inform the daughter of her mother’s confusion regarding the whereabouts of her vehicle.  Her reaction is one of genuine concern for her mother’s well-being. 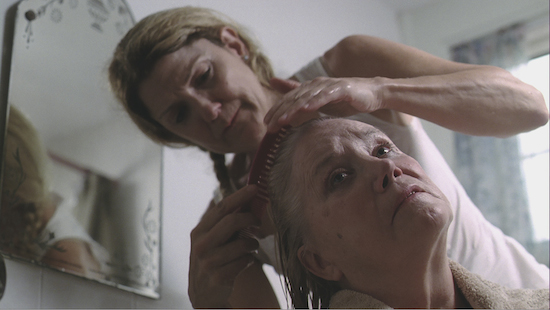 Her daughter, Kate, played by the talented Victoria Clarke, is an aspiring chef who resides in the city. She is forced to travel to the suburbs on numerous occasions to deal with her mother’s escapades.   Kate helplessly observes the decline of her mother’s mental acuity. Margaret’s deteriorating health may result in the loss of her home and independent lifestyle.  In her heyday, Margaret (Sally Kirkland) worked as a  newspaper writer.  As a writer, her life was a series of unending words, but today, her life is a series of unending images. 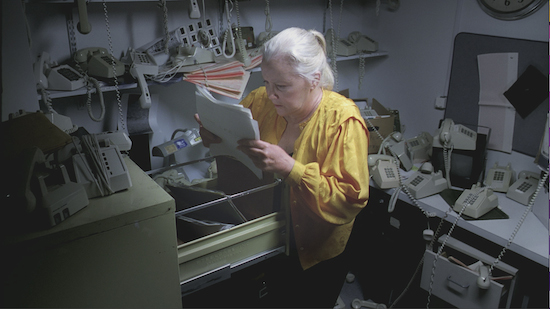 As the story unfolds, we are taken on a ride, a ride into the characters mind.  Here, in the recesses of her mind lies the key to unlocking the door to the past. The images on the television have awakened in her a sense of loss, regret and guilt. The guilt is linked to a murder which occurred 30 years ago. We learn of this crime through Margaret’s flashbacks and the news reels that are sporadically humming on the television.  Throughout the film, Margaret tries to communicate her recollection of this crime to Kate. However, Kate thinks her mother isn’t lucid, and doesn’t believe that her mother is somehow entangled in a 30-year- old macabre crime. 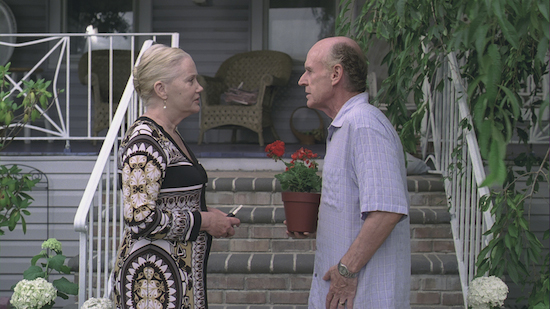 Margaret, is the bridge between the past and the present.  She is the link between people and events.  She believes her existence is being threatened and she is being pursued by a police officer.  Is he the officer from her past?   As the character moves through the house she has flashbacks.   Are her recollections accurate? How can we trust the mind of a person plagued with dementia.   She walks into the kitchen, opens the refrigerator, and gently lays her shirt in this locale. How can we trust her mind? Does this murder represent a love she tried to squash by burying it in her subconscious?

Although the film ending did not live up to my full expectations, considering the amazing and unique storyline that was developed, it is an ingenious exploration of dementia and the effects on a person’s psyche.  It is an original and complex film. The film examines a kaleidoscope of emotions and experiences that are intertwined and interwoven.

Fiercely independent, Oscar-nominated/Golden Globe-winning actress Sally Kirkland is a veteran of over 111 films and 30 years in TV and theatre. It was the film “Anna” directed by Yurek Bogayevicz that brought Kirkland her Oscar nomination, Golden Globe win, the Independent Spirit Award and the Los Angeles Film Critics Circle Award. Kirkland’s first role was in the 1964 Andy Warhol film “13 Most Beautiful Women.” This led to the still controversial film “Coming Apart,” where she starred with Rip Torn, followed by “The Sting” co-starring Robert Redford and Paul Newman, and “The Way We Were” with Barbra Streisand. She starred in “Revenge” with Kevin Costner, “Best of the Best” with Eric Roberts and James Earl Jones, “Cold Feet” with Tom Waits and Keith Carradine, “JFK” with Kevin Costner, “Cheatin Hearts” with James Brolin and Kris Kristofferson, “Ed TV” with Matthew McConnaughey and “Bruce Almighty” with Jim Carrey.

Broadway star Victoria Clark received the Tony Award, Drama Desk Award and Outer Critics Circle Awards, as well as a Drama League honor for her luminous portrayal in the critically acclaimed Craig Lucas musical “The Light in the Piazza” on Broadway. Clark has also starred on Broadway in “The Snow Geese” and Rodgers + Hammerstein’s “Cinderella,” the Los Angeles revival of “Follies” and starred on Broadway in “Sister Act,” both receiving Tony nominations. She portrayed the role of Gabrielle York in Lincoln Center’s heralded production of “When the Rain Stops Falling,” for which she received a Drama Desk Award Nomination. She also starred opposite Nathan Gunn in the staged production of “The Grapes of Wrath.” Clark was also among the featured performers in “Stephen Sondheim: The Birthday Concert” held at Lincoln Center’s Alice Tully Hall and televised on PBS. Her selected film credits include “Cradle Will Rock” (Tim Robbins, dir.) and “The Happening” (M. Night Shyamalan, dir.).

Sharon Greytak has written, produced and directed feature-length fiction films, documentaries and experimental shorts. Greytak’s films include the award-winning international documentary “Losing It,” exploring quality of life issues and physical disability shot on three continents.  For “Losing It,” she was the recipient of a Soros/Sundance Documentary Fund grant. Her critically acclaimed narrative feature films include “The Love Lesson,” the story of an unconventional adoption arrangement between two women and their HIV positive heterosexual son, and the award-winning “Hearing Voices,” exploring a model’s private and public identities. Earlier films include the seminal documentary “Weirded Out and Blown Away” and experimental films “Some Pleasure on the Level of the Source” and “Czechoslovakian Woman.”

She is the recipient of two CINE Awards, the 2012 Burton Blatt Insitute Prize for Leadership in the Arts “for her entire body of work and its importance to the international arts community,” and awards from Athens International Film Festival, Chicago International Film Festival, DoubleTake and Black Maria film festivals. She was a participant in the American Film Institute’s Directing Workshop for Women, and received fellowships and grants from the New York State Council on the Arts, New York Foundation for the Arts, Soros Documentary Fund, the Jerome Foundation, the American Film Institute and ArtsLink CEC International Partners. She is also a Yaddo and MacDowell Fellow. Her films are in the collection of MoMA, UCLA/Sundance Collection, the New Museum of Contemporary Art New York and the Open Society Archive Budapest.