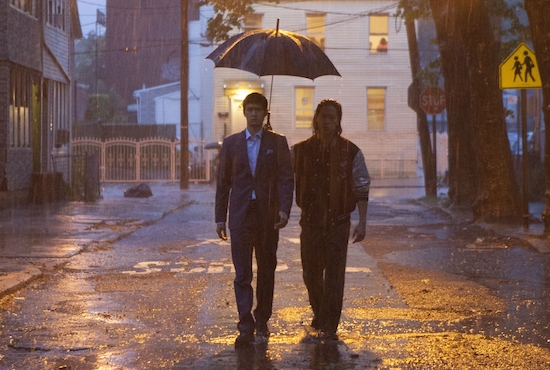 The Revenge of the Green Dragons

The Revenge of the Green Dragons, produced by Martin Scorsese, makes its Boston debut on October 23rd as the opening night film of Boston Asian American Film Festival (BAAFF). The film will be released in theaters the following day. It is co-directed by Andrew Lau, whose Internal Affairs was remade into the Oscar-winning movie The Departed, and Andrew Loo. It explores the dark world of Asian American gang life in 1980s and ‘90s New York City. A few of the cast members of “Dragons” will be present at its screening at the Brattle Theatre, including Shuya Chang (Casse-tête Chinois, Karma: A Very Twisted Love Story), Shing Ka (The Manchurian Candidate, God’s Land, Grand Gesture), Celia Au(Detachment, The Unity of All Things, Sonic), Carl Li (Math Warriors, Loveless, Pistol Whipped), and Richard Lam.

George Takei, of Star Trek fame, and his partner Brad Takei will be present at the To be Takei special presentation at the Somerville Theatre in Davis Square on November 3rd. The film follows Takei’s journey over seven decades, from a WWII internment camp to the helm of the starship Enterprise to the helm of daily newsfeeds of five milling Facebook fans.

The BAAFF features 26 films. The full lineup is: Fred Ho’s Last Year, Revenge of the Green Dragons, Shorts Program I (Mandevilla, Why We Rise, Breaking the Rules, Left on Shin Wong, H7N3, Hypebeast), Chu & Blossom, Pretty Rosebud, Can, Shorts Program II (The Corner Table,Cleaner, A Stitch in Time, Samnang, Sukiyaki with Love), 9-Man, 100 Days, Kumu Hina, Shorts Program III (My Name is Asiroh, More than a Face in the Crowd, Descendants of the Past,Ancestors of the Future, M A R K E D), A Leading Man, and To be Takei.

Also, on October 25th, there will be a free panel discussion with special guests, entitled Asian Americans in Media, at the Tufts Medical Center Wolff Auditorium in Chinatown.

The screenings run from October 23rd to 26th with special presentations on October 13th and November 3rd. Films will be presented at The Brattle Theatre in Harvard Square, Suffolk University’s Modern Theatre, and the Somerville Theatre in Davis Square, however most screenings will take place at Emerson College’s Paramount Center.