A. Sayeeda Moreno and Micah Shaffer Win $15,000 to Develop Feature Screenplay for “White” Which Explores Racial Issues and Climate Change 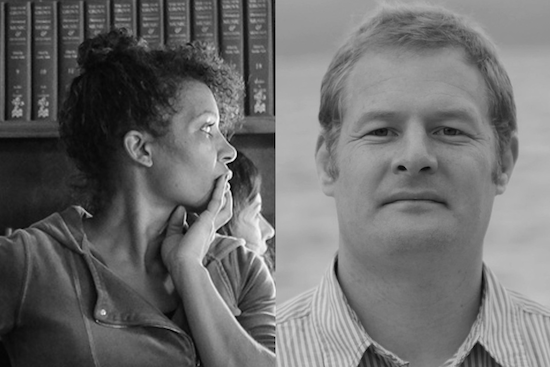 A. Sayeeda Moreno and Micah Shaffer

A. Sayeeda Moreno and Micah Shaffer have been selected to receive this year’s $15,000 San Francisco Film Society / Hearst Screenwriting Grant for development of their script White. The SFFS / Hearst Screenwriting Grant is awarded in the fall of each year to writers residing in the United States who have been practicing for at least five years and who have previously written a minimum of one feature screenplay.

“It’s an honor to receive the Hearst Screenwriting Grant, and we are thrilled to be partnering with the San Francisco Film Society at this stage of making our movie,” said Moreno. “The Filmmaker360 program has a great track record of supporting innovative films that advance our collective dialogue, so we’re excited to be in such good company!”

A. Sayeeda Moreno is a proud native New Yorker, dedicated to the art of directing. Her short film White, funded by ITVS for Futurestates.tv, is also on PBS.org. White screened at SXSW, Tribeca, and BAMcinemaFest, with Precious at the Tri-Continental Film Festival and with Spike Lee’s Crooklyn at the Brooklyn Bridge Film Series. Clarke’s award-winning short Sin Salida aired on HBO/HBOLatino for two years. Her short The Grey Woman premiered at Lincoln Center and won the Hallmark short film competition. Clarke received an MFA in Film from NYU’s Tisch School of the Arts where she was a Dean’s Fellow. She is a Film Independent Fellow for her collaborative screenplay I’m Not Down and is currently developing the feature version of White.

Micah Shaffer is a writer, filmmaker, and educator whose work focuses on forging unexpected connections between people and finding humanity in unforeseen places. Shaffer’s first feature documentary Death of Two Sons was awarded the HBO “Life Through Your Lens” Emerging Documentary Filmmaker Award and was distributed through Netflix. Shaffer then attended the MFA program at NYU’s Tisch School of the Arts, where he wrote and directed several short narrative films. Shaffer has written three feature screenplays, including On the Wall, which was a finalist for an Alfred P. Sloan screenwriting award and a selection at Independent Film Week’s Emerging Narrative Forum. He recently completed a fellowship at the Cinema Research Institute, where he is studying the future of the cross-border financing and coproduction of independent film.

White
It’s another sweltering 120-degree winter day with five more days to Christmas and hot is the only season left. The best protection from the sun remains the naturally occurring melanin in one’s skin. Like many valuable natural resources, in this future it is coveted, extracted, bought, sold and stolen. Bato, who is black, enters into a race against time to save his daughter as he is forced to bargain with the new currency of this world.

Watch EXCLUSIVE CLIP from BITTER HONEY, a Film about Polygamy in Bali. Who Knew?