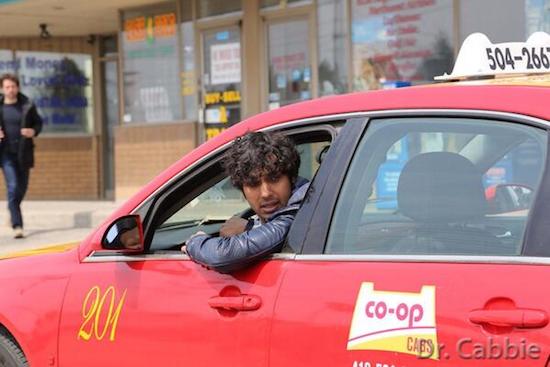 The Eleventh Annual South Asian International Film Festival runs from Tuesday, November 18th, 2014 to Sunday, November 23rd, 2014 in New York City, at the SVA Theater.  SAIFF 2014 celebrates its Opening Night with the US premiere of DR. CABBIE, starring The Big Bang Theory’s Kunal Navvar, Centerpiece title, is the World Premiere of Raj Nidimoru and Krishna D.K.’s romantic comedy HAPPY ENDING, and on Closing Night, the festival hosts the  World Premiere of X – a ten-part intertwining story from eleven of India’s most exciting directors… all of whom will be attending the festival.

An unemployed doctor turned cab driver becomes a local hero when he converts his taxi into a mobile clinic. DR. CABBIE is the heartwarming journey of a young Indian doctor who immigrates to Canada with the selfless ambition of healing others while beginning a new life in the land of opportunity. Dr. Cabbie discovers his true purpose and true love when he embarks upon this journey of a doctor turned cabbie.

Yudi is a writer who hasn’t written anything in the last few years because he’s caught between finding inspiration and finding love. Armaan is a fading movie star is desperate to save his stardom. He went to Hollywood to get a Bollywood script written in the Hollywood style. His solution? Approach Yudi and ask him to write a film. Meanwhile, his ex-girlfriend thinks that she’s still in a relationship with him after they’ve broken up!

X is a filmmaker’s journey through his past encounters with his 10 ex-girlfriends as he spends one surreal unforgettable night at a film festival after he meets a mysterious girl who intriguingly seems to have something to do with every woman in his life.