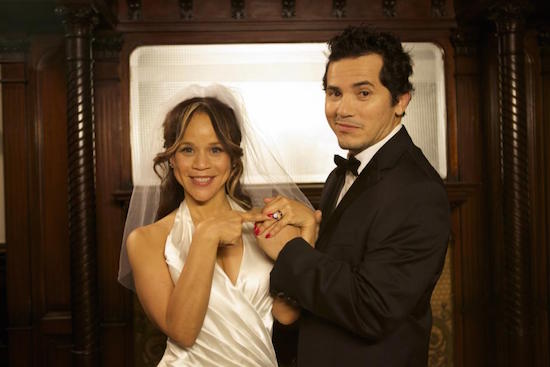 Jesse Sanchez (John Leguizamo) grows up an ugly kid in 1970s Queens, New York and attains confidence by being funny. When he gets to college, he enrolls in the drama program and meets Lara (Radha Mitchell), and the two have a one-night stand that lands them in trouble with the police and Lara’s father. Though parted, Sanchez spends the next two decades trying to recreate the love he felt on that one perfect night. Even though Sanchez’s acting career takes off and he gains a degree of fame, a tumultuous marriage to an actress named Zowie (Rosie Perez), issues with his mother (Olga Merediz) and brother Ray (Yul Vazquez), and his own feelings of inadequacy plague him. Only the advice of his grandfather (a very funny Tomas Milian) and thoughts of Lara seem to get Sanchez to look on the bright side of his successful life. 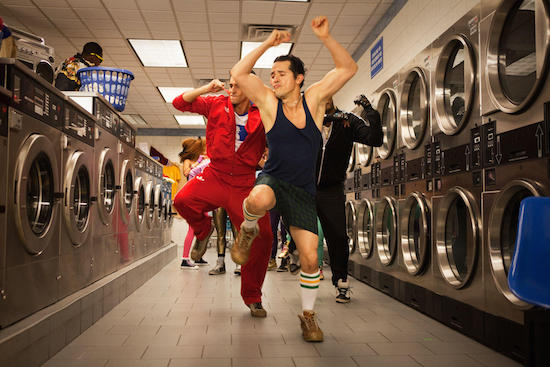 Much of FUGLY! reflects Leguizamo’s own life and career, but not enough to call the film autobiographical or semi-autobiographical. Like Leguizamo, Sanchez is an actor who came to prominence playing stereotypical Latino roles (gangsters and drug dealers) and later achieved notoriety with his one-man shows (the poster for Sanchez’s show “Freak” is essentially the poster for Leguizamo’s 2002 one-man show Sexaholix done in a different style). What’s odd about FUGLY! is that Leguizamo’s characters acts like twenty or thirty-something YouTube blogger throughout the film… except both Leguizamo and the Sanchez character are actually fifty years old. While Leguizamo certainly doesn’t look fifty, it still is a bit awkward seeing him play a character that is so much younger maturity-wise. That’s not to say middle-aged people can’t be immature, but you don’t often see fifty year olds making video blogs about their love lives and threatening to commit suicide.

FUGLY! also features animation by Bill Plympton, which contributes to FUGLY! being too gimmicky for its own good. These animated bits – and other imagery that pops up like GIFs on an internet site – are more distracting than they are clever or enjoyable. Yes, Woody Allen worked in a short animated sequence into the paragon of romantic comedies, Annie Hall, but that doesn’t mean it works in this movie. I’m also of the mind that after thirty-seven years directors should stop trying to remake Annie Hall in their own images.

Leguizamo’s one-man shows are hilarious and full of truth in every way that FUGLY! isn’t. Despite being somewhat based on Leguizamo’s own life, FUGLY! was directed by Alfredo De Villa – whose best-known film, 2008’s Nothing Like the Holidays, starred Leguizamo – and was co-written by first-time screenwriter Kathy DeMarco. I don’t know what went wrong in the mix here, but I strongly recommend tracking down recordings of Leguizamo’s one-man shows and watching those instead of FUGLY! for a better taste of what Leguizamo can do with his own material.

FUGLY! opens Friday, November 7 in New York at AMC Empire 25, with additional cities to follow. It debuts on Movies on Demand and VOD Release on Tuesday, November 25.