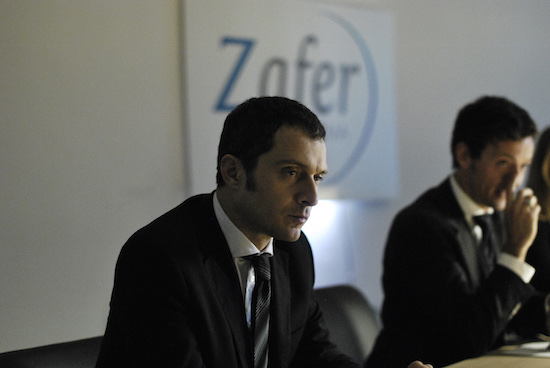 Antonio Morabito’s The Medicine Seller (Il venditore di medicine) was selected as the winner of the NICE City of Florence Award at San Francisco Film Society’s New Italian Cinema.  The five-day New Italian Cinema festival is dedicated to celebrating the rich cinematic tradition of Italy and bringing the country’s newest directors and films to audiences in San Francisco. The NICE City of Florence Award was decided by audience ballots from San Francisco screenings of films in competition. 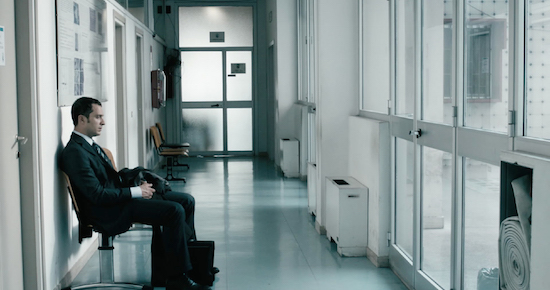 A scathing indictment of the pharmaceutical industry, Antonio Morabito’s powerful drama depicts a stressed-out salesman using increasingly scurrilous means to sell his company’s product. At the start, Bruno (Claudio Santamaria) is the Zafer corporation’s golden boy, wheedling doctors and administrators to select his firm’s treatments through various perks and his own charms. When he’s told to push a controversial new medicine, he meets with resistance and is given an ultimatum—get a notoriously difficult hospital administrator to prescribe the drug or lose his job. Compounding the problem is his girlfriend’s desire to have a child and his own increasing substance abuse. The Medicine Seller fearlessly indicts the whole pharmaceutical chain from the companies pushing the pills to the medical establishment’s capitulation toward an increasingly narcotized society to suffering consumers who are ill-informed and often ill-advised about the potentially harmful drugs they are being prescribed. [San Francisco Film Society’s New Italian Cinema]