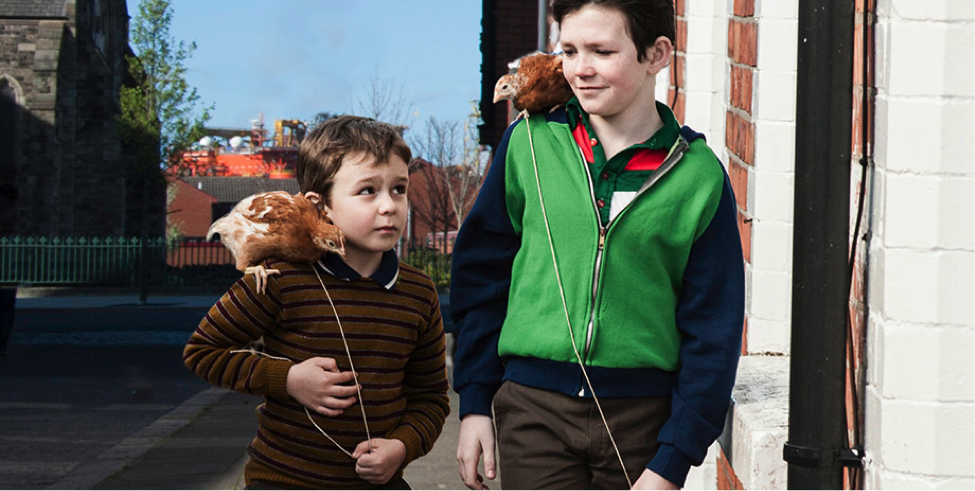 ShortsHD and Magnolia Pictures will release THE OSCAR® NOMINATED SHORT FILMS 2015 in theaters across the United States, Canada, Europe and Latin America on Friday January 30, 2015.

ShortsHD™, the world’s only Short Movie Channel in high definition, working with Magnolia Pictures will celebrate its 10th anniversary of its Oscar shorts release by opening “THE OSCAR® NOMINATED SHORT FILMS” in a record 450+ theaters across the United States, Canada, Europe and Latin America on Friday January 30, 2015. “THE OSCAR® NOMINATED SHORT FILMS 2015” will showcase the Live Action, Animation and Documentary short film nominees as three separate theatrical events. This is the only opportunity for audiences to watch the nominated short films prior to the 87th Academy Awards® ceremony on Sunday, February 22, 2015.

The Dam Keeper
Directors: Robert Kondo and Dice Tsutsumi
Synopsis: A lonely little pig in charge of maintaining the town dam is cruelly bullied by his classmates
Country of origin: US
TRT: 18:08
Language: English

Feast
Directors: Patrick Osborne and Kristina Reed
Synopsis: The story of the relationship between a young man and the stray puppy he takes in is told through the food the dog receives.
Country of origin: US
TRT: 7:00
Language: English

Me and My Moulton
Director: Torill Kove
Synopsis: Three sisters growing up in an unconventional Norwegian family ask their parents for a bicycle.
Country of origin: Canada
TRT: 13:08
Language: English

A Single Life
Director: Joris Oprins
Synopsis: A mysterious vinyl single gives a young woman the power to move back and forth through the years of her life.
Country of origin: Netherlands
TRT: 2:18
Language: English

Crisis Hotline: Veterans Press 1
Directors: Ellen Goosenberg Kent and Dana Perry
Synopsis: Each month, the Veterans Crisis Line receives over 22,000 calls from military veterans, who account for 20% of all suicides in the U.S. each year.
Country of origin: US
TRT: 41
Language: English

Joanna
Director: Aneta Kopacz
Synopsis: As she faces a terminal illness, the mother of a young son writes a blog in which she tries to leave a record of what she hopes to teach him.
Country of origin: Poland
TRT: 45
Language: Polish

Our Curse
Directors: Tomasz Śliwiński and Maciej Ślesicki
Synopsis:
A mother and father face the difficulties of caring for a baby who has been born with a life-threatening congenital breathing disorder known as Ondine’s curse.
Country of origin: Poland
TRT: 27
Language: Polish

The Reaper (La Parka)
Director: Gabriel Serra Arguello
Synopsis: For the past 25 years, Efrain has worked in a slaughterhouse, where he has developed an intimate relationship with both death and what one must sometimes do to live.
Country of origin: Mexico
TRT: 29
Language: Spanish

White Earth
Director:  J. Christian Jensen
Synopsis: Three children and an immigrant mother face a long and difficult winter in North Dakota, which has attracted many people seeking work during an oil boom.
Country of origin: US
TRT: 20
Language: English