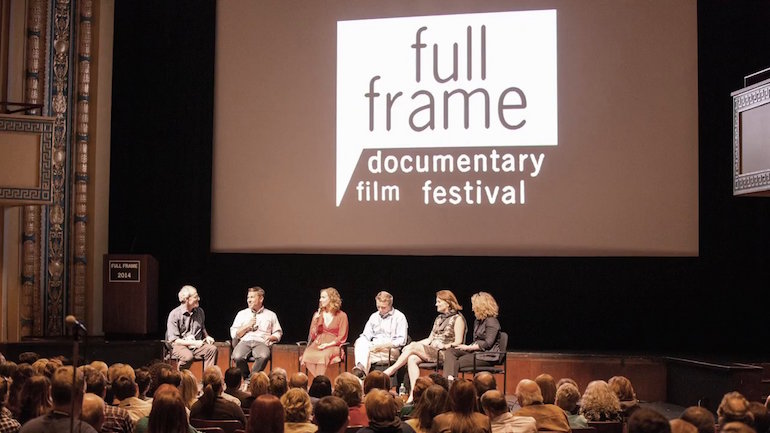 The Full Frame Documentary Film Festival will honor Marshall Curry with the 2015 Tribute Award, presenting a retrospective of his work; and this year’s Thematic Program will be curated by filmmaker Jennifer Baichwal.

For this year’s Thematic Program, Full Frame will focus on the complex moral questions around documentation, tapping filmmaker Jennifer Baichwal to curate.

Jennifer Baichwal has been directing and producing documentaries for 20 years. Her films include Let It Come Down: The Life of Paul Bowles, about enigmatic expatriate novelist Paul Bowles; The True Meaning of Pictures,about the work of Appalachian photographer Shelby Lee Adams; Manufactured Landscapes, about the work of artist Edward Burtynsky; Act of God, about the metaphysical effects of being struck by lightning; Payback, a documentary adaptation of Margaret Atwood’s Payback: Debt and the Shadow Side of Wealth; and Watermark(co-directed by Edward Burtynsky), about human interaction with water around the world. Her films have screened at the Toronto International Film Festival, Hot Docs Film Festival, and Sundance Film Festival, and have won an International Emmy Award for Best Arts Documentary, the Toronto Film Critic’s Association prize for Best Canadian Film, the Canadian Media Awards prize for Best Documentary, and numerous other awards.

“The ethics and politics of representation have preoccupied me since I started making films two decades ago,” said Baichwal. “It came to a head in 2003 with The True Meaning of Pictures. I realized that by showing the photographs of Shelby Lee Adams in our film, we were subject to exactly the same criticism leveled against him for taking them. And I knew we had to address this in some way beyond having people argue about whether the representation was ethical or not. I also realized that there is no overall rule for tackling these issues: each context, each situation, demands its own complex, delicate, honest, ethical approach.”

The 18th Annual Full Frame Documentary Film Festival will be held April 9-12, 2015, in Durham, N.C., with Duke University as the presenting sponsor.