Willie Nelson to Star in WAITING FOR THE MIRACLE TO COME 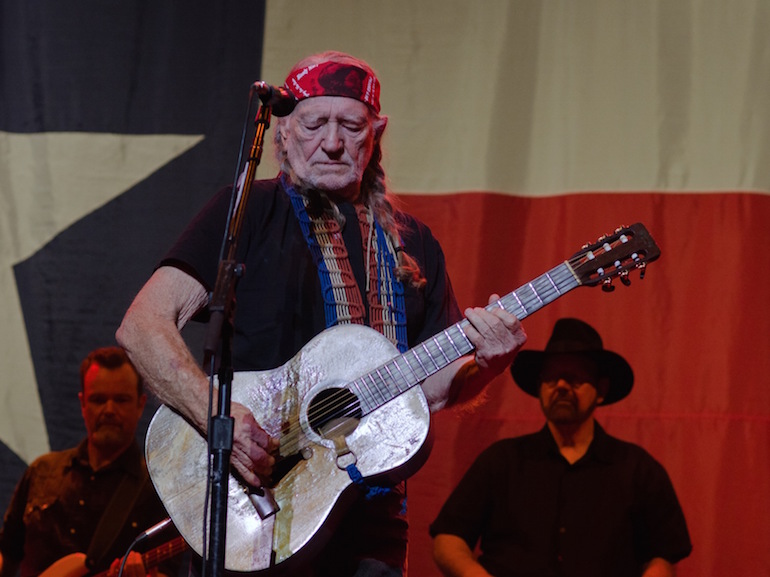 The film is being produced by Lunson’s Horse Pictures, Molly Mayeux, and Terence Berry, and executive produced by Cave Pictures’ Dale Brown and Mark Rodgers.  Fabrica de Cine has also joined the producing roster with Gaston Pavlovich coming on as a producer and Matthew Malek as an executive producer.  Fabrica de Cine and Cave Pictures are also behind the Martin Scorsese epic SILENCE, currently shooting. Also executive producing WAITING FOR THE MIRACLE TO COME are Lunson’s longtime collaborators Bono and Wim Wenders.

The film is set to film at Nelson’s private ranch in Spicewood, Texas, which is affectionately known as “Luck.” Luck was originally built for the film THE RED HEADED STRANGER in the mid 1980’s.

Set in a magically surreal world, WAITING FOR THE MIRACLE TO COME tells the story of a young woman whose quest for gold takes her on a far more rewarding journey than she could have ever imagined.

Following the death of her father, aspiring trapeze artist Adeline Winter (Sophie Lowe) discovers a cryptic letter he once wrote directing her to a goldmine in a remote California desert. Upon arriving in a mysterious town, she finds herself at the gates of “The Beautiful Place,” a house occupied by retired vaudeville stars Jimmy and Dixie Riggs (Nelson and Rampling).

As she gets to know this mysteriously eccentric couple, Adeline discovers that her father’s posthumous words were directing her to a reward far more valuable than gold.

Lunson shared, “I wrote this script for Willie Nelson, his presence and stillness  as an actor is unlike anyone else. And growing up I always wanted to be Charlotte Rampling so bringing these two Icons together on screen is a dream come true for me.”

The script for WAITING FOR THE MIRACLE TO COME was written by Lunson.  The film will also feature an original song penned by Bono and performed by Nelson, a legendary collaboration in the making.

Lunson and Nelson worked together previously on the documentary film, WILLIE NELSON: DOWN HOME.  She previously produced, wrote, and directed the celebrated documentary LEONARD COHEN: I’M YOUR MAN, a chronicle the legendary singer-songwriter, with performances by those musicians he has influenced. The title of WAITING FOR THE MIRACLE TO COME is, in fact, an homage to the Leonard Cohen song.

Fresh off his latest album, Band of Brothers, which debuted at #1 on the Billboard Country chart, Grammy-winner Nelson was also nominated for an Oscar for “Best Original Song” for “On the Road Again,” was featured in the film HONEYSUCKLE ROSE (1980), in which he also starred.

Rampling has been making waves in film since the 1960s and has worked with such luminary directors as Woody Allen (in STARDUST MEMORIES), Sidney Lumet (in THE VERDICT) and more recently with François Ozon (in SWIMMING POOL).   She has received rave reviews for her latest film 45 YEARS which premiered last week in competition at the 2015 Berlin Film Festival, and for which she received the Best Actress award.

Lowe is an up-and-coming actress, who made her feature length film debut as the titular main character in BEAUTIFUL KATE and also recently starred in Anne Fontaine’s ADORE.

What to Watch This Weekend: July 10
British Trailblazing Actor, Earl Cameron, Passes at 102
VIMOOZ Stands With Orlando. #lovewins
THE 33, True Story of The Chilean Mine Rescue, Begins Film Festival Run | TRAILER
New Trailer for 2015 Sundance Hit DOPE
Watch TRAILER for A GIRL LIKE HER Opens March 27
Share this article ...

Waiting For The Miracle To Come