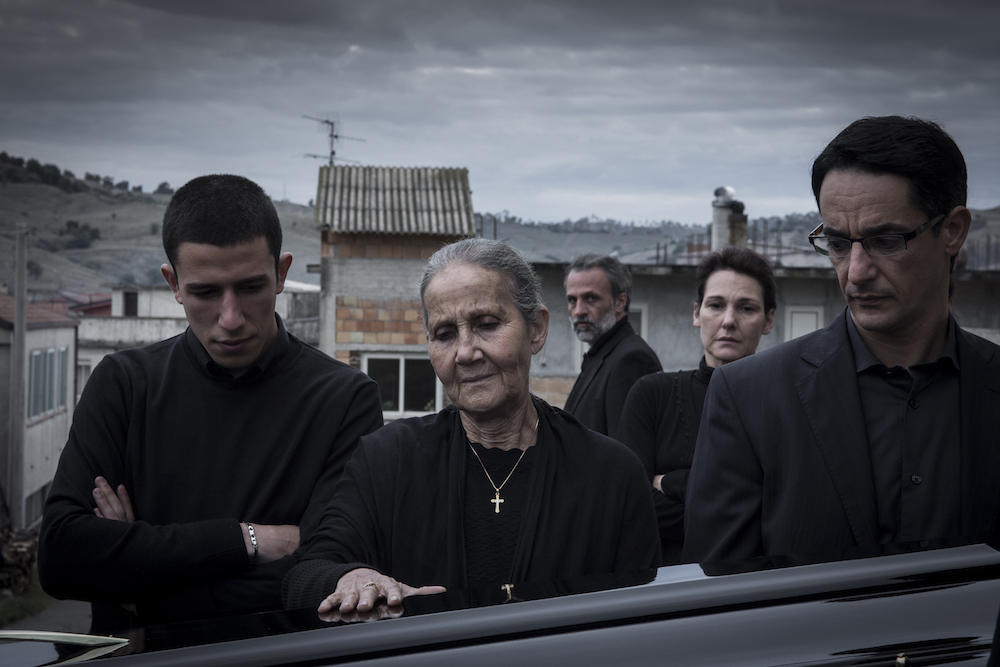 The Italian Mafia film BLACK SOULS (ANIME NERE) which wowed audiences at the 2014 Venice Film Festival and Toronto International Film Festival, opens in NYC on April 10, and Los Angeles on April 23, with a nationwide release to follow.

BLACK SOULS (“Anime Nere”) is described as a gripping morality tale of violence begetting violence in rural Calabria, that takes us on a journey into the dark and sinister world of the real-life mafia (‘Ndrangheta) in Southern Italy.

Based upon the actual events described in Gioacchino Criaco’s novel of the same name,  Black Souls  vividly brings to life the inevitable tragic consequences when never-ending revenge and vendetta is passed down from generation to generation.

The film focuses in on the Carbone family that consists of three brothers, Luigi (Marco Leonardi) & Rocco (Peppino Mazzotta) who are engaged in the family business of international drug trade, and Luciano (Fabrizio Ferracane) who has remained behind herding goats in their ancestral town of Africo in the remote Aspromonte mountains on the Ionic coast. Luciano’s 20-year old son Leo (Giuseppe Fumo) has little respect for his father’s simple ways and instead idealizes his two Mafioso uncles and their urban lifestyle. When Leo shoots up a local bar owned by a rival family, his reckless actions reignites a longstanding blood feud and sets off a tragic chain of events that violently grinds toward an inevitable bloody showdown for all involved.