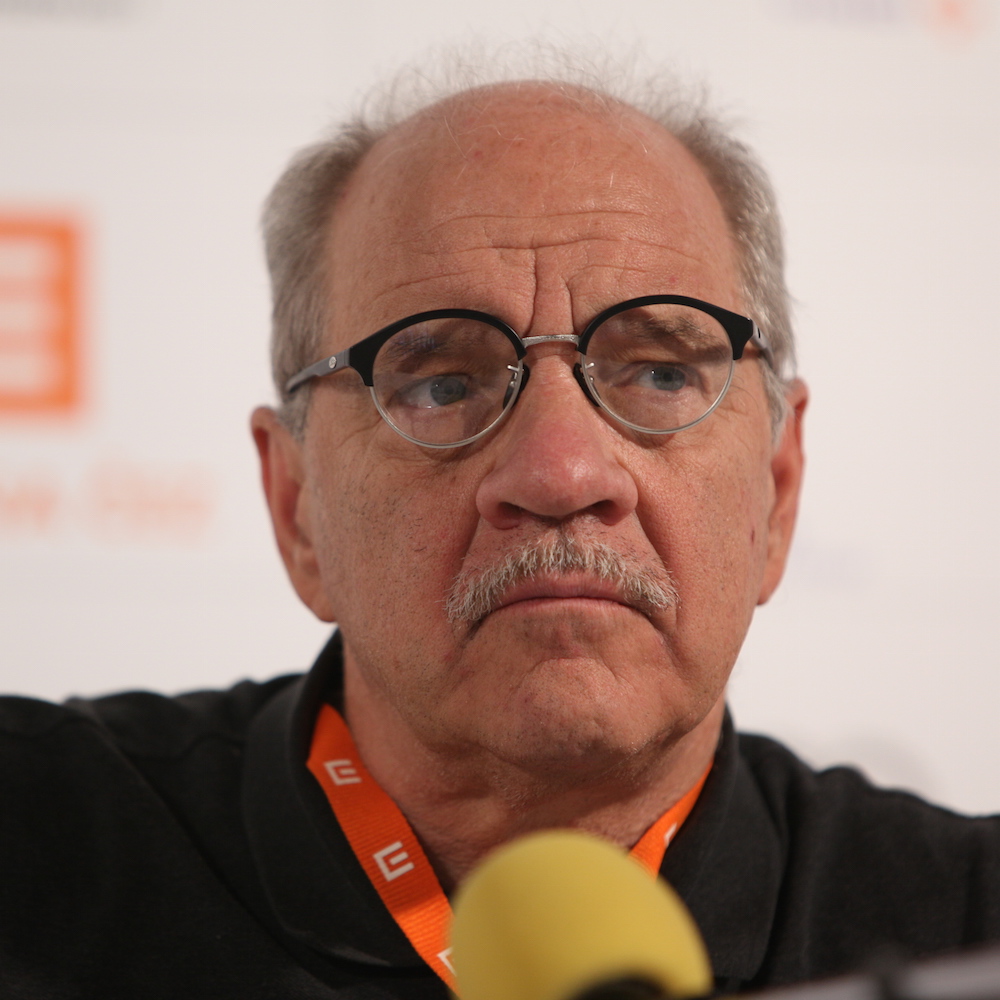 Screenwriter and filmmaker Paul Schrader will be the recipient of the 2015 Kanbar Award for excellence in storytelling at the 58th San Francisco International Film Festival taking place April 23 to May 7, 2015,  honoring his contributions to cinema.  The award will be presented to Schrader at Film Society Awards Night, Monday April 27 at The Armory (1799 Mission Street).

Paul Schrader will also be honored at An Evening with Paul Schrader at the Sundance Kabuki Cinemas, Tuesday April 28, 6:30 pm. An onstage interview and a selection of clips from his notable screenwriting and directing career will be followed by a screening of Mishima: A Life in Four Chapters (1985).
“This year we are altering the Kanbar Screenwriting Award to the Kanbar Storytelling Award to acknowledge that great writers now control a far more expansive part of the creative process,” said Noah Cowan, Executive Director of the San Francisco Film Society. “No person better embodies how creativity flourishes from the base of the written word than Paul Schrader. Accomplished in multiple creative fields, not least as the director of the incomparable Mishima, he has demonstrated for more than forty years how great writing translates into great cinema.”
Mishima: A Life in Four Chapters: Paul Schrader captures the many layers of Japanese author and right-wing political activist Yukio Mishima’s short, tumultuous life in this mesmerizing, unconventional biopic that blends, to stunning effect, a recreation of the writer’s final day, snippets of biography that explore his psychology and beautifully staged, luridly colored scenes of three key novels that further explicate his psyche.
Raised in a Calvinist household, Paul Schrader never watched a movie until he was in college, but made up for lost time by earning his M.A. at UCLA, becoming an American Film Institute Conservatory fellow in its inaugural 1969 class and becoming first a film critic and then screenwriter. Though the action thriller The Yakuza (1974), co-written with his brother Leonard, was his first produced screenplay, it was the script for Martin Scorsese’s Taxi Driver(1976), written when he was 26 and inspired by his sense of isolation at a low point in his life, that was his breakthrough. The film won the Cannes Film Festival’s Palme d’Or and was the first of several collaborations between Schrader and Scorsese, a list that includes Raging Bull (1980), The Last Temptation of Christ (1988) and Bringing Out the Dead (1999). Schrader made his directing debut in 1978 with Blue Collar, also co-written with his brother Leonard. As a writer/director, his films include Hardcore (1979),Mishima: A Life in Four Chapters (1985), Light of Day (1987), Light Sleeper(1992), Touch (1997), Affliction (1997), Forever Mine (1999), The Walker(2007) and Dying of the Light (2014). His screenplays include Obsession(1976), Rolling Thunder (1977), American Gigolo (1980), The Mosquito Coast(1976), City Hall (1996) and The Jesuit (2015). Among his directing projects are Cat People (1982), Patty Hearst (1988), The Comfort of Strangers (1990),Auto Focus (2002), Adam Resurrected (2008) and The Canyons (2013).
Acknowledging the crucial role that storytelling plays in the creation of great art, the Kanbar Award for excellence in storytelling is made possible through the generosity of Maurice Kanbar, longtime member of the SFFS board of directors, film commissioner and philanthropist with a particular interest in supporting independent filmmakers. Kanbar is the creator of New York’s first multiplex theater and, most recently, Blue Angel Vodka.
Previous recipients of the Kanbar Award are Stephen Gaghan (2014), Eric Roth (2013), David Webb Peoples (2012), Frank Pierson (2011), James Schamus (2010), James Toback (2009), Robert Towne (2008), Peter Morgan (2007), Jean-Claude Carrière (2006) and Paul Haggis (2005).

Mishima: A Life in Four Chapters