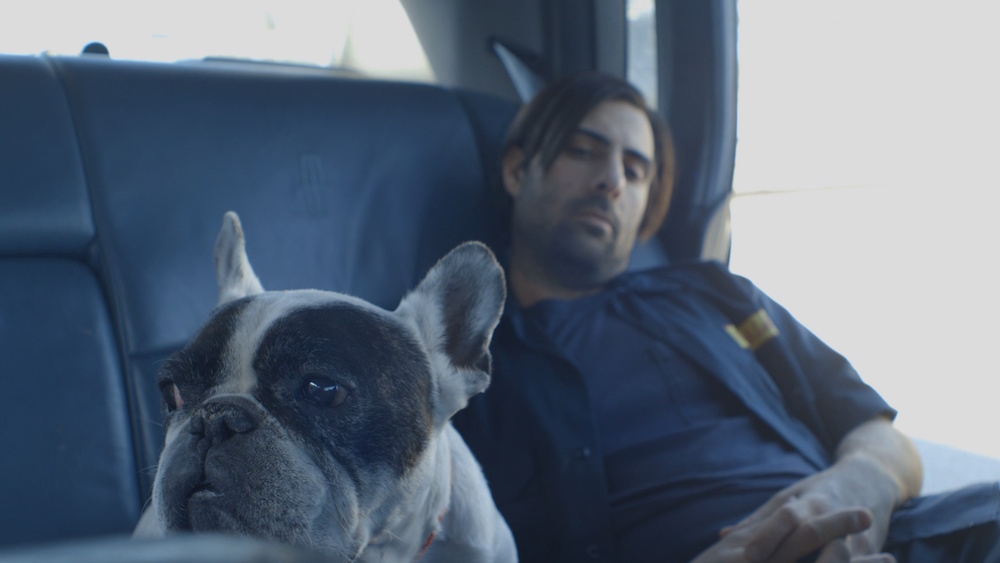 Rooftop Films revealed the Opening Weekend, Feature and select highlights of the 19th annual Rooftop Films Summer Series. This year’s edition kicks off on Friday, May 29th, at their principal venue, Industry City, in Sunset Park, Brooklyn, with some of the greatest new short films from around the world. The event will include the New York premiere of David Sandberg’s highly anticipated and hilarious short film,Kung Fury, which raised $630,000 on Kickstarter and the trailer for which has racked up more than 10,000,000 views online.

The following night, Saturday, May 30th, Rooftop Films will head to the roof of The Old American Can Factory, in Gowanus, Brooklyn, to present Bob Byington’s charming off-beat comedy, 7 Chinese Brothers (pictured above), starring Jason Schwartzman as an irrepressible man-child attempting to pull his life together and win over his boss at the Quick-Lube. David Sandberg will be in attendance opening night, Bob Byington and Jason Schwartzman will be in attendance on May 30th, and both evenings will feature live music before each screening and a post-screening after party, featuring Signature Sponsor New Amsterdam Spirits.

This summerRooftop Films will be returning with new editions of their signature themed short film programs, including two Romantic Shorts screenings, a New York Non-Fiction program, two showcases of groundbreaking animation, and many big thrillers, comedies, docs and dramas in small packages.

This year’s series also includes a number of special events and partnerships including their annual SXSW weekend, a Sundance short film program, a Swedish Focus in partnership with the Swedish Film Institute, a presentation of The Skin Deep’s {The And} interactive event, and more special screenings to be announced soon.

This is What We Mean by Short Films
Opening Night of Rooftop Films 19th Annual Summer Series will feature eaght short films about epic adventures, including the NY premiere of David Sandberg’s Kung Fury.

Bloomin’ Mud Shuffle (Frank V. Ross)
A charming drama about a housepainter in love from one of the Midwest’s finest indie auteurs.

The Chinese Mayor (Hao Zhou)
The fascinating life of a bureaucrat restoring ancient ruins at the expense of his own career.

Finders Keepers (Bryan Carberry)
A man finds a dismembered foot in an auctioned meat smoker. Then things get strange. Courtesy of The Orchard.

Kings of the Wind & Electric Queens (Cédric Dupire and Gaspard Kuentz)
A compelling and hypnotic glimpse into one of India’s wildest carnivals.

Romeo is Bleeding (Jason Zeldes)
In downtrodden region of southern California, the youth of a city mount an urban adaptation of Romeo and Juliet.

Sam Klemke’s Time Machine (Matthew Bate)
A free-wheeling and non-fiction portrait of an extra-ordinary nobody, 35 years in the making.

The Wolfpack (Crystal Moselle)
The six Angulo brothers have spent their entire lives locked away from society in an apartment on the Lower East Side of Manhattan. All they know of the outside world is gleaned from the films they watch obsessively and recreate meticulously. But after one of the brothers escapes the apartment, the power dynamics in the house are transformed, and all the boys begin to dream of venturing out. Courtesy of Magnolia Pictures.

Special Events:
{The And}
An interactive social experiment that explores the labyrinths of human intimacy.