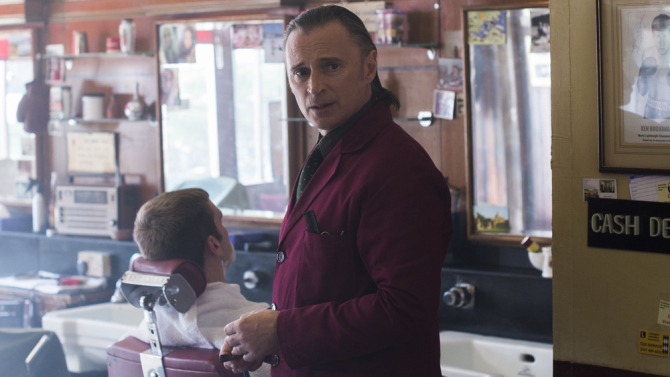 Robert Carlyle’s feature directorial debut, The Legend of Barney Thomson, will receive its world premiere on Wednesday 17 June 2015, as the opening night film of the 2015 Edinburgh International Film Festival.

Based on the book by Douglas Lindsay, The Legend of Barney Thomson is a darkly-humourous, Glasgow-set thriller that tells the story of awkward barber Barney, who inadvertently stumbles into serial murder. Complicating matters, Barney’s mother has a secret of her own, setting off a bloody chain of events. While Barney tries to cover their tracks, local police inspector Holdall fights his own battles within his inept homicide department as he tries to solve the crime of the century. A black comedy of errors unfolds as the police try to capture the murderer at large.

The Legend of Barney Thomson